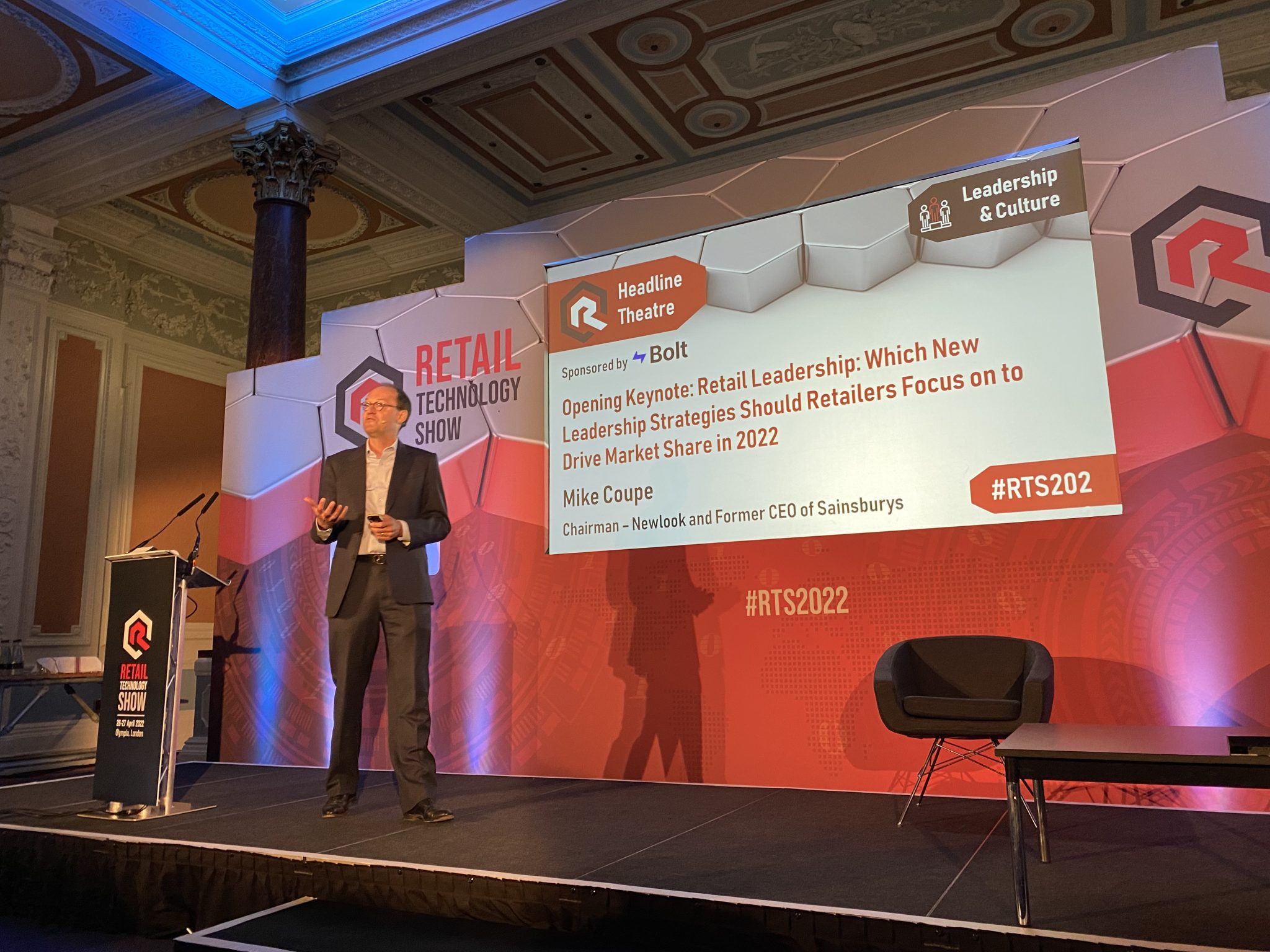 Editor’s blog: Standing for something

The expert in sustainability, retailing and eCommerce, and now chairman of Kantar’s Sustainability Transformation practice, called the event a “fantastic retail technology show”. And it’s difficult to disagree.

Vested interest alert – I used to work alongside a lot of the team responsible for bringing the event at London’s Olympia to life, and they are my friends. Green Retail World was also happy to be a media partner for the event.

Nevertheless, they absolutely nailed it in terms of visitor numbers (almost 7,000 retail industry professionals over the course of two days), generating retail industry interest (everyone seemed to be talking about it in April), securing more than 200 relevant exhibitors, and putting on a conference programme that stood out and provided value.

And it wasn’t just Schwartz who spoke about greener retailing. Encouragingly for Green Retail World, the topic of sustainability and how business can reduce its impact on the environment was one of the hot topics over the two days.

Coupe on the money

Former Sainsbury’s CEO Mike Coupe, who when at the supermarket chain was famously caught off air singing ‘We’re in the Money’ to himself ahead of an interview with ITV News about a proposed £12 billion Asda-Sainsbury’s merger, was certainly on the money with his keynote session, which kickstarted this year’s Retail Technology Show.

In a presentation on leadership which reflected on his retail career, which now sees him as chairman of fashion retailer New Look, Coupe told delegates the best thing he did at Sainsbury’s was to acquire loyalty scheme provider Nectar and the accompanying customer data. The bravest thing he did, Coupe added, was to take the Competition and Markets Authority to court after the Asda-Sainsbury’s deal was ultimately blocked.

But from my perspective, the best things to come from his half an hour or so in front of the packed crowd, were his comments about new requirements for retail leaders.

”We’re collectively setting about destroying our planet,” he said of society as a whole, adding that retail workers and consumers are looking for business to “stand for something” in today’s world.

That requires “value-based” leadership, Coupe said, explaining companies need to work out what they represent. He said companies are “ahead of the game” if they have made the appropriate investments in renewable energy.

He also refuted retailers need to make a choice between shareholder value and running a purpose-driven business. “They aren’t mutually exclusive,” he noted, adding that it is a business imperative to act more responsibly in society in terms of matters such as the environment, reducing carbon footprint and limiting energy consumption.

You can read Fox’s tips for getting going with a sustainability strategy in retail, and find out some of the work Morrisons is doing in this space by reading our article.

Meanwhile, Mills raises the importance of society thinking about where its food comes from, from an ethical, sustainability and health perspective.

“We need a frank conversation about what we eat in this country,” she told Retail Connections co-founder and industry analyst, Chris Field, in an on-stage interview. In the midst of rising poverty and general living costs, she acknowledged, that particular conversation becomes even more difficult.

Mills says she doesn’t have the answers. Perhaps some of our readers have some views…? Check out the article and we’d be delighted to hear your thoughts.

Both sessions were heavily centred on sustainability, full of advice and calls to action for the retail industry to keep its green thinking top of mind following what has certainly been an environmental awakening within the industry over the last 18 months.

Fittingly in times of environmental emergency, the technology company that won the Retail Technology Show Innovation Awards was one that says it can help retailers to be greener.

Sustainability-focused industry supplier Dayrize was crowned winner during the party held at Olympia, following the first day of the show.

Selected from the 200+ retail technology providers exhibiting at the event by an industry expert panel, Dayrize was recognised as “a future-forward” tech company with the power to transform retailers’ operations.

Its technology offers advanced impact measurement technology, according to the judges, who said it provides transparency throughout the entire lifecycle of a product, making it easy for both consumers and businesses to understand, and ultimately reduce, their environmental impact.

Like I say, it was all very encouraging that an event labelled as a technology show was so full of colour with regards to the sustainability agenda. A good sign for the industry as a whole, I think.

So similarly to Schwartz, I’d advise retail industry people to get to Retail Technology Show 2023.

But I’d go a step further and say they should attend whether they are in IT, sustainability, operations, supply chain, eCommerce, marketing, human resources or pretty much any retail function – there’s nothing else like it on the industry calendar that covers so many key topics.