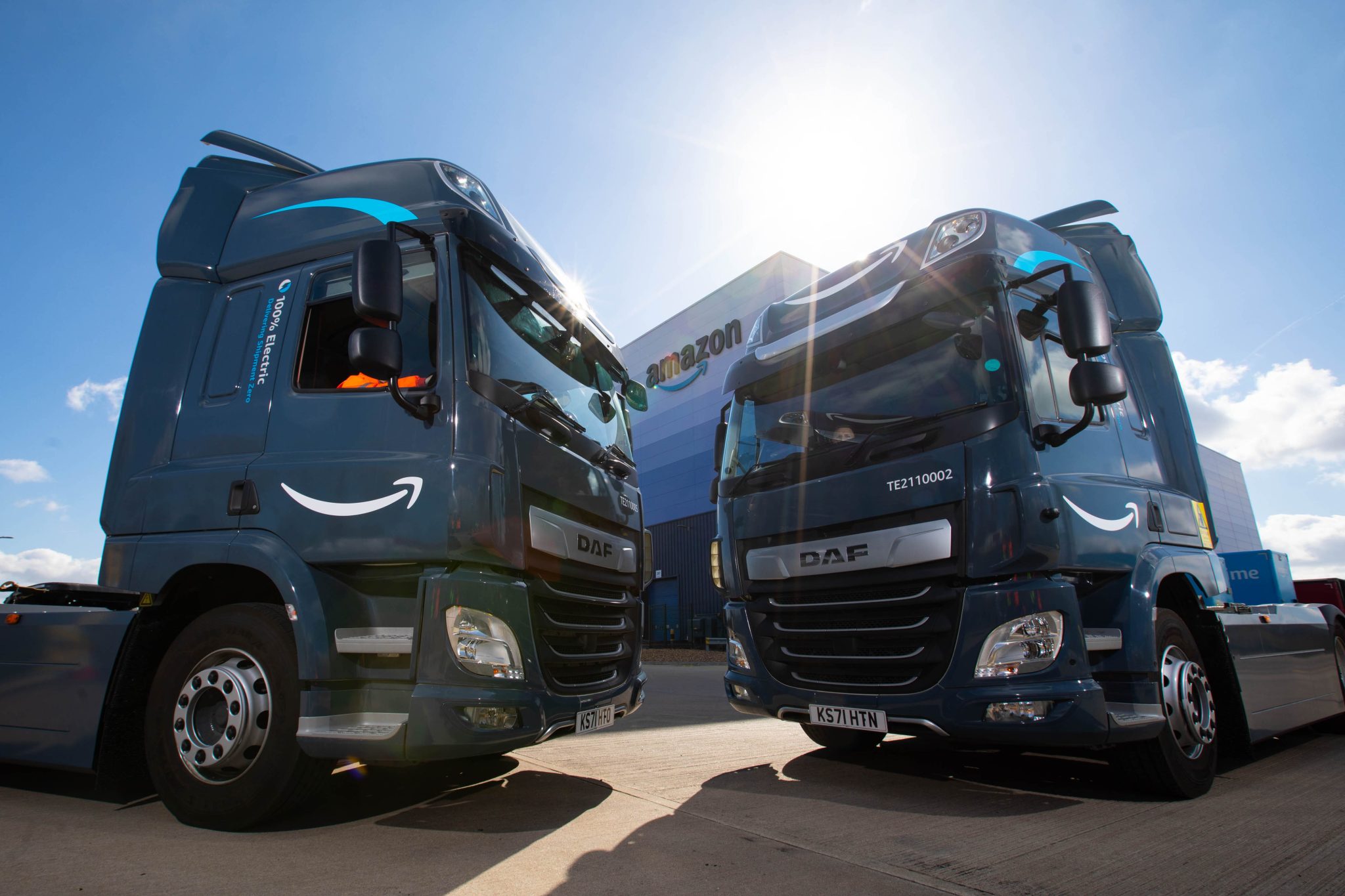 Amazon is launching five electric HGVs to its delivery fleet for the first time in the UK.

By replacing existing diesel HGVs in the fleet, Amazon said the five new vehicles will mean up to 100,000 annual road miles will be fuelled with renewable electricity instead of diesel. The company predicts this will prevent 170 tonnes of CO2e from being emitted.

Four more electric HGVs are expected to join the fleet in the UK by the end of 2022.

Amazon has set a ‘Shipment Zero’ target, which involves delivering 50% of shipments with net-zero carbon by 2030. The electric HGVs will soon also be using fast 360 kW electric charging points at Amazon’s distribution sites.

John Boumphrey, Amazon UK country manager, said: “Amazon is one of the first companies in the world to put electric heavy goods trucks on the road.

“We’re committed to becoming net-zero carbon by 2040, and this is a milestone as we continue to decarbonise our transportation network so we can deliver more customer orders using zero emissions vehicles.”

Transport minister Trudy Harrison remarked: “Amazon plays a key role in transporting goods to towns and villages up and down the country and I’m pleased to see they are leading the way by going green.

“With the zero emission market now taking off for even the heaviest HGVs, we’ll be able to move more products around in a way that’s friendlier to our environment while supporting our net zero mission.”

Today’s announcement comes after several moves by Amazon to electrify parts of fleet in other territories.

In 2020, Amazon ordered battery electric trucks from Lion Electric in the US and began testing hydrogen-powered trucks, while also expanding multi-modal transport to reduce the emissions from road travel. The same year, Amazon rolled out e-vans for usage in the Ruhr region of Germany.