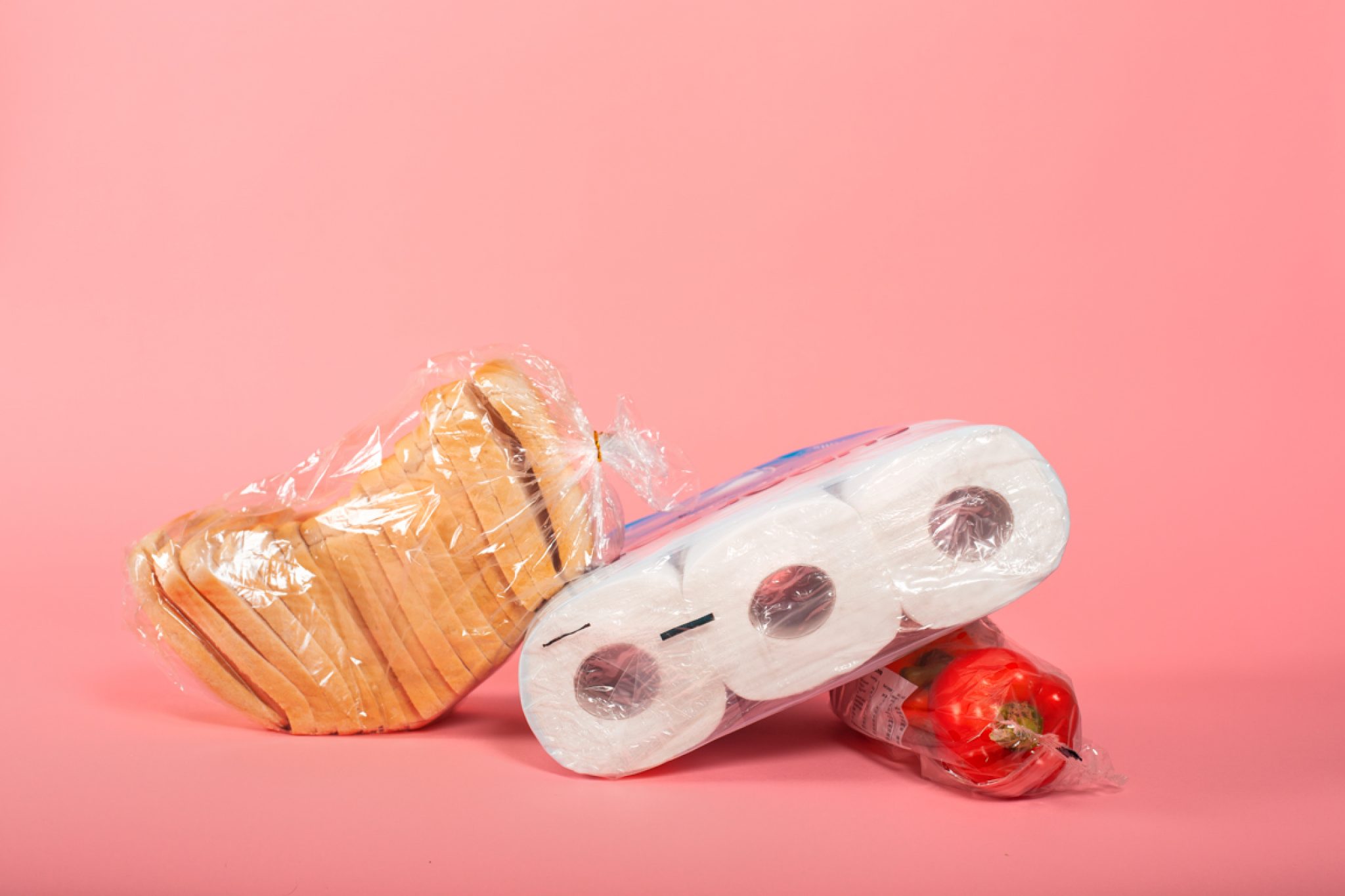 It was always going to be difficult because – as we are all increasingly aware – single-use plastic is everywhere. But the main reason for me failing this month, I think, is my family and I moved house.

Talk about a life event that makes you consider consumerism’s impact on the environment. There was a significant number of boxes of what can only be labelled as ‘stuff’ lugged from one place to another, or taken to the recycling centre/tip because they had run their course in our lives.

Ads from Ikea and Levi’s released in recent months address the issue of overconsumption, so perhaps we as a society will start to change our purchasing habits accordingly in the years ahead. It’s an important debate, for sure, albeit a particularly tricky one for retailers to get involved in as purveyors of goods for profit.

Aside from that particular environmental impact realisation, there was also the issue of all the plastic involved when moving house. Oh, the plastic.

Be it wrapping for the valuables and fragile items stuffed into the mountain of boxes or the brown tape holding them all together, there’s so much plastic involved in the process.

There’s definitely a market for more environmentally-friendly house moves. Perhaps that’s something the Ikeas, Dunelms, and John Lewis department stores of this world could look into as they continue to create additional services for their customers.

Some of the wrapping and packaging was single use, but several family members moved house recently so a good percentage of the material was reused. And we’ll be passing it on again as much as we can – and recycling the rest.

But there’s no getting away from it, I massively failed Plastic Free July, and lots of plastic went into the main waste bin.

I am really trying not to fail, though. I renewed my acquaintance with Reworked last week, a company that provides collection, sorting and recycling services for difficult-to-recycle plastics.

Having spent the last few months filling up my first Reworked bin with crisp packets, no-longer-needed kids’ toys, food packaging film and baby food pouches, it was time to get another one. During the first bin’s tenure our household waste essentially reduced to dirty nappies (recycling solutions are coming for these by the way – see the story on Green Retail World) because so much can go in the Reworked bin.

Although the service doesn’t accept items such as medicine blister packs, it certainly makes you feel better about yourself. Knowing that the permitted items you’re throwing in the Reworked bin are going to be broken down and remade into something useful is a real comfort.

Indeed, I spotted that Fortnum & Mason is actually displaying plant pots outside its London department store that were constructed by Reworked, using plastic waste it collected and processed.

The Reworked service doesn’t come for free. Not many friends and family I have spoken to about it said they would pay the circa £70 for what is effectively a large cardboard bin and bag to keep in your garage to collect waste.

It’s not on the priority list for so many family budgets, so we need more accessible recycling systems. It is therefore encouraging to see they are on the way, coming to a supermarket near you.

As Green Retail World has reported, several supermarkets are putting their own plastic collection bins in stores, so people can recycle for free the material that local councils do not generally collect. Consumers can take to their local shops the packaging that would otherwise go in landfill or be incinerated, and it will be collected and remade into something else courtesy of the retailers’ specialist partners.

Co-op unveiled its nationwide scheme last Friday, and a new ad is now airing to spread the message. Its partner for this recycling initiative is Jayplas.

Sainsbury’s, Tesco, and Tesco Ireland are among the other grocers with their own in-store plastic recycling schemes.

All of them reported significant success from trials they ran last year. But now the journey is all about getting more people to understand these recycling services exist and to encourage consumers to get into the habit of taking back used plastics every time they visit their local supermarket.

I’m not going to lie; it’s bloody awkward collecting this material at home – it’s a messy business and requires a complicated homemade system involving a lot of effort, multiple sorting bins, and huge patience (try doing it the week you’ve moved home, and it adds several more layers of complexity).

For those in flats or accommodation with larger than average families, I’d imagine collection and sorting becomes harder still.

So, it’s not going to be a mainstream phenomenon overnight. It feels like widespread consumer take-up will require some incentives and certainly some education – assuming the climate crisis isn’t enough of a motivating factor, of course.

Anyway, I’ve got some more boxes to unpack. And some more Plastic Free July mistakes to undo, so that’s me done for this month’s blog.

Maybe next year, retail will have made it more difficult for me to fail. The supermarkets are certainly starting to play their part in helping create more circular systems for plastics, and it’s great to see.