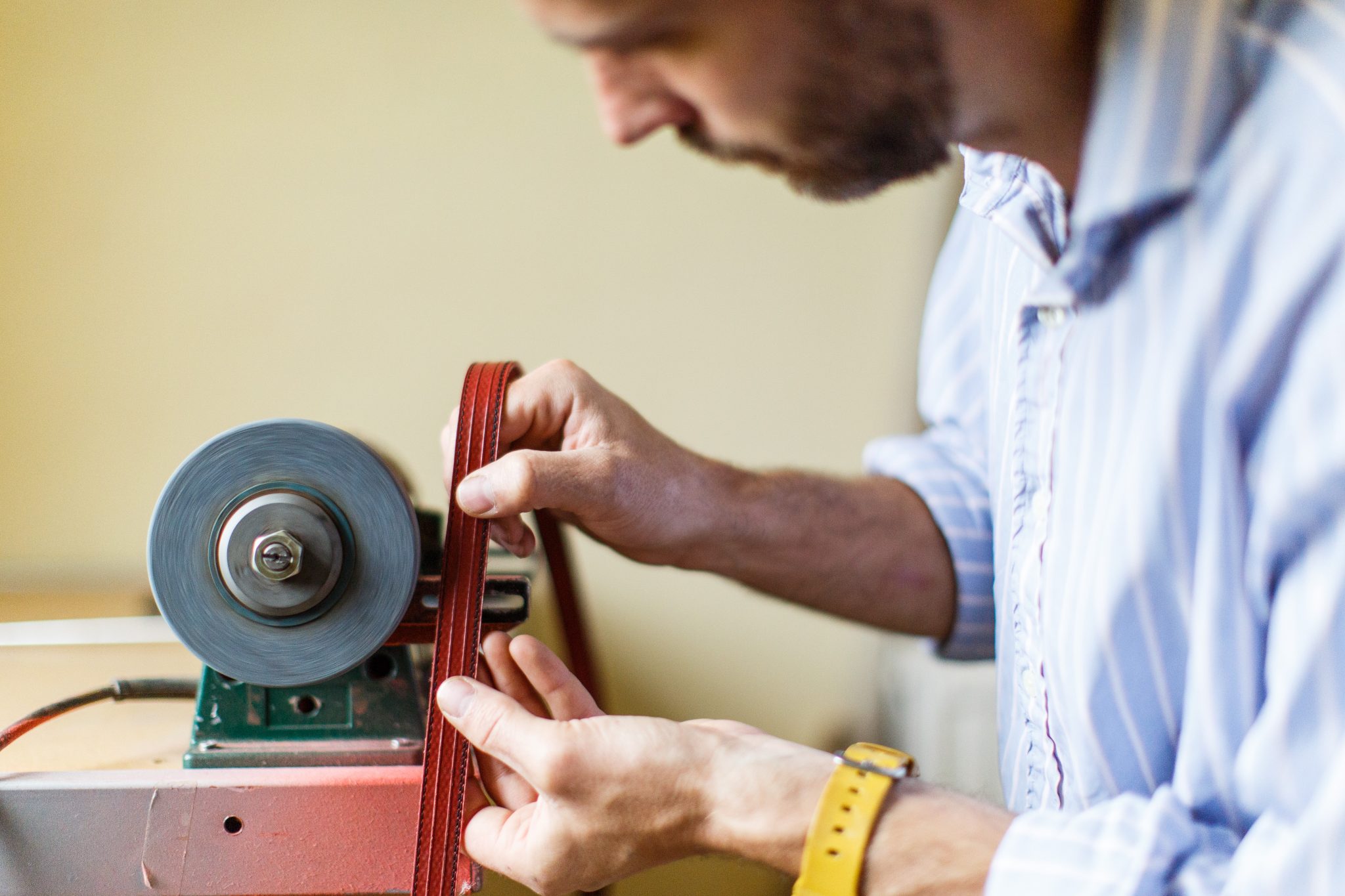 B Corp retailer Elvis & Kresse has completed the construction of its new headquarters, which has been built with sustainable practices and materials at its core.

The business, which is based near Faversham in Kent and rescues would-be waste materials before making them into luxury accessories and homeware items for sale, is now inviting people to an open day to show off its new facilities.

The space – which received planning permission last summer after an initial application in December 2020 – has been built to “passive” construction standards using straw bales. It runs on renewables.

The Elvis & Kresse HQ, which is called New Barns Farm, also has rainwater harvesting and a wetland based sewage treatment system. You can read the thinking behind the build in this Green Retail World story.

The project involved repairing and re-roofing two large barns that already existed on the site and planting 3,000+ trees, as well as developing and installing a renewable energy system to make the company circa 91% self-sufficient.

Elvis & Kresse’s double height, 370 sq m workshop has a laminated timber frame, and is plastered with lime and has an ex-display kitchen installed. The owners said they plan to eventually build a house on the site to live in, too.

“The workshop has definitely been our Grand Design,” explains the retailer on its website.

“Despite being a standard rectangle, clad in the black weather boarding that planning demanded and blending in with all our other barns, it is anything but average. To reduce energy demand it is heavily insulated in the floor, the roof and the very thick straw bale walls.”

It added: “It only requires a small heat-pump for warmth and hot water and even in these short days its 28 solar panels and bank of batteries mean that we have yet to tap into the grid.”

The open day at New Barns Farm is on 10 December.