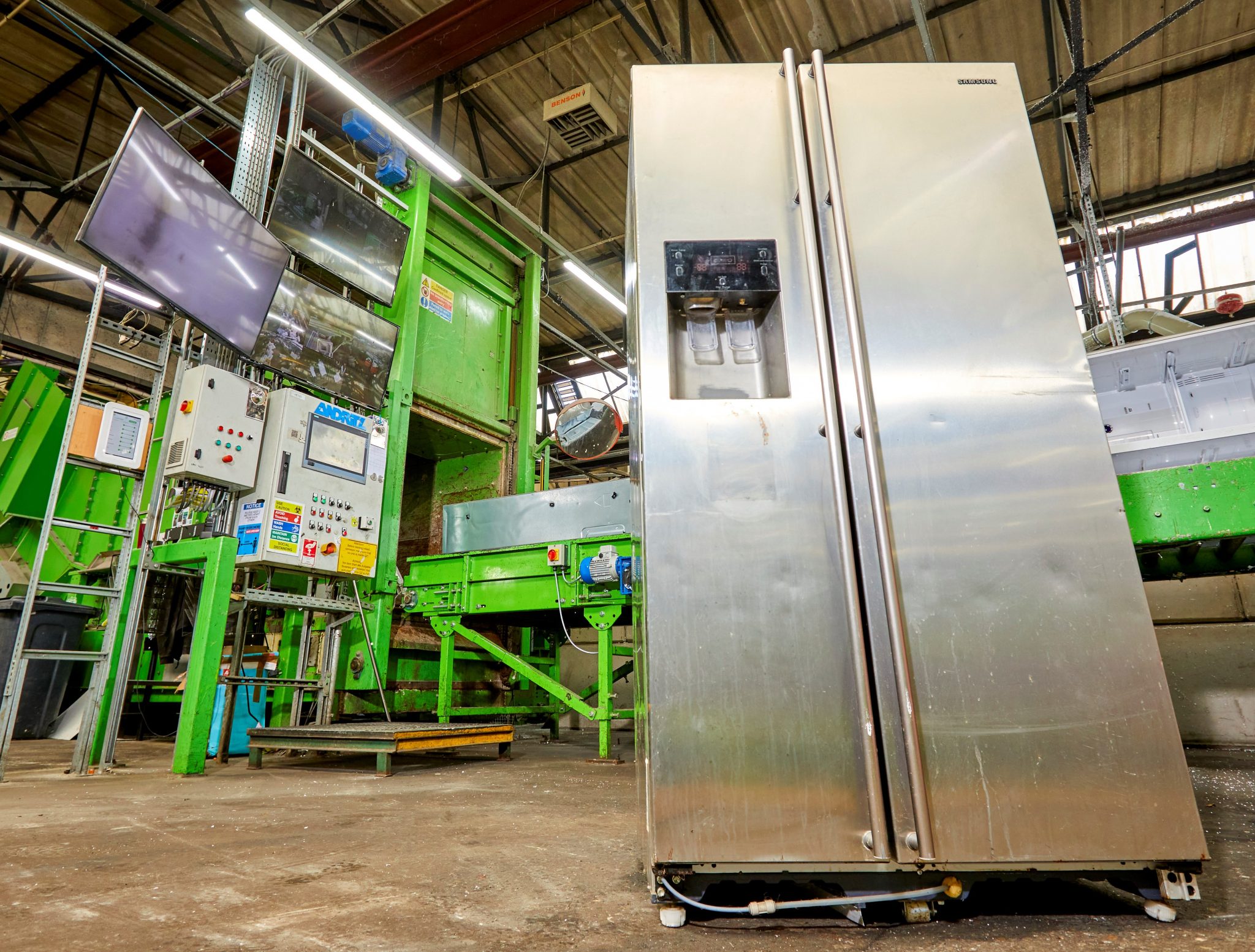 Based in Telford, AO Recycling opened its doors in spring 2017 with the goal of offering domestic appliances recycling services for fridges, washing machines, tumble driers, cookers, dishwashers, and other electricals.

An 80-tonne fridge crunching machine, called Bertha, supports AO with its domestic appliances recycling, with the retailer saying this equipment also collects any harmful gases released from the household goods.

Some of the electricals sent to AO Recycling’s facilities are refurbished to be sold on via trade and outlet shops – and the retailer said more than 200,000 appliances have received a new lease of life so far.

In a recent survey distributed by AO Recycling, 30% of British consumers said they have at least one washing machine they no longer use, with 9% revealing they have three in their home. AO currently offers a Collect & Recycle service, where both its customers and the general public can book to have their appliances collected and taken away to be “responsibly recycled”.

Some 79% of those surveyed by AO said that if there was an easy way to recycle their old appliances via collection services, they would like to do this instead of keeping them.

Robert Sant, managing director of AO Recycling, said: “We’re so pleased to have saved a huge five million appliances from potentially being fly-tipped.

“While AO Recycling is best known for its innovative fridge recycling facilities, we also tackle a range of large appliances that arrive onsite. Our research shows that there is a growing desire for a simple collection service for our unwanted appliances and we hope to continue recycling as many appliances as possible via our recycling services.”