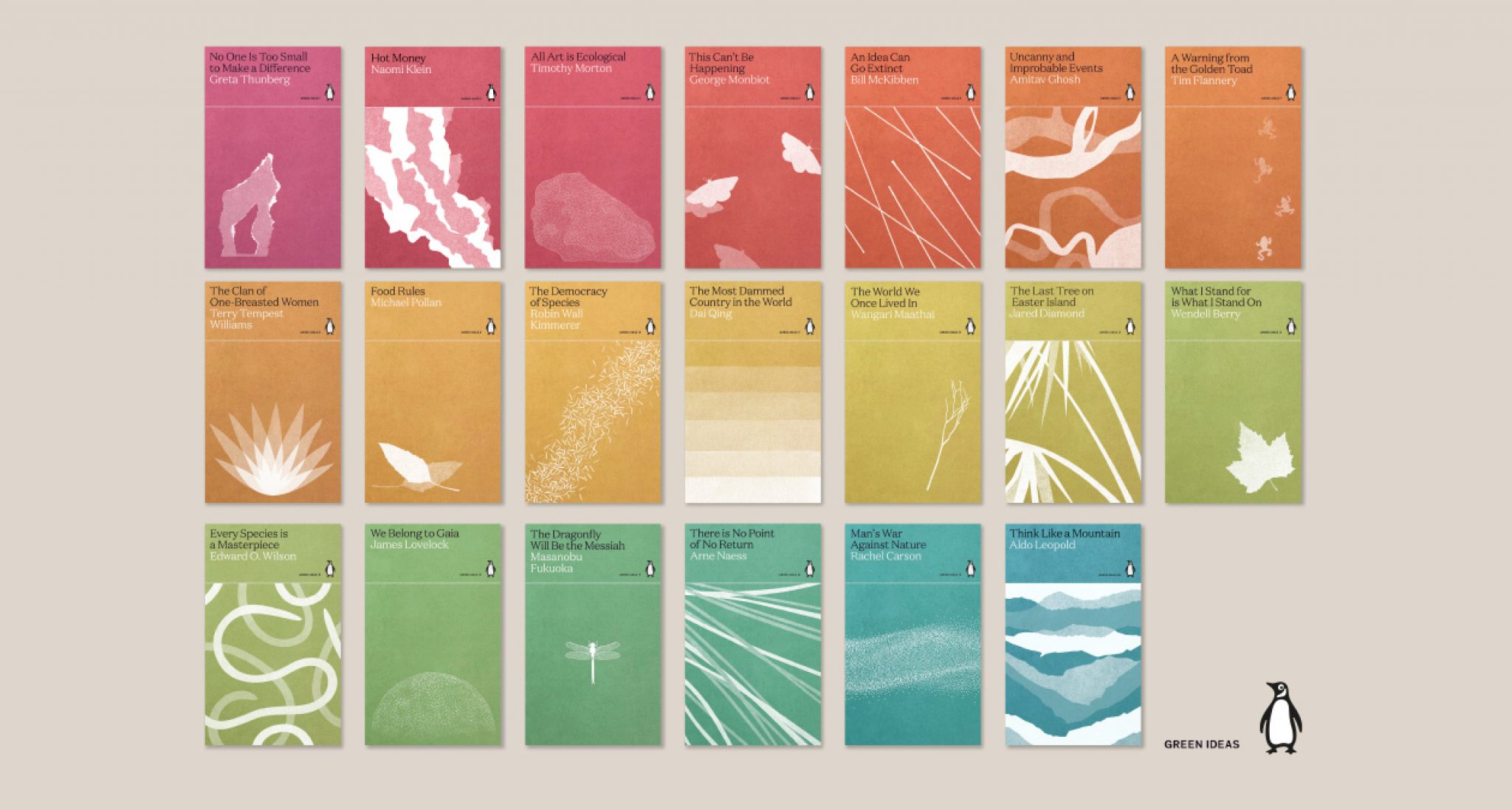 The Penguin Classics arm of Penguin Books has announced it will publish a ‘Green Ideas’ series later this year, highlighting great environmental work.

The paperbacks will be published on 26 August 2021, priced £4.99 each, featuring authors such as Greta Thunberg, Naomi Klein, and Timothy Morton.

A statement from Penguin Classics released today said: “As life on Earth has become irrevocably altered by humans, visionary thinkers around the world have raised their voices to defend the planet, and affirm our place at the heart of its restoration.

“Their words have endured through the decades, becoming the classics of a movement.”

It added that the Green Ideas series highlights “ideas that have changed the way we think and talk about the living Earth”.

“From art, literature, food and gardening, to technology, economics, politics and ethics, each one deepens our sense of our place in nature; each is a seed from which a bold activism can grow,” Penguin said.

“Together, they show the richness of environmental thought, and point the way to a fairer, saner, greener world.”

The authors are announcing their involvement in the series via their individual social media channels throughout the course of today.

Klein, author of ‘Hot Money’ which lays out the evidence that deregulated capitalism is waging war on the climate, said: “What an honour it is to be among so many of my ecological heroes in this library of short books that speak to the short time we have left to win a safe future for all.”

James Lovelock, who at 101 years old is the oldest living Green Ideas author with ‘We Belong to Gaia’, said: “[Gaia] was not a popular idea among scientists who rejected it fiercely and saw it as a threat to their concept of science separated into disciplines, like biology, geology, physics, and chemistry.

“I followed the wise words of Alfred Lotka who said in the 1920s that it is better to think of the Earth as a whole and not try to explain it through a set of separated disciplines.”