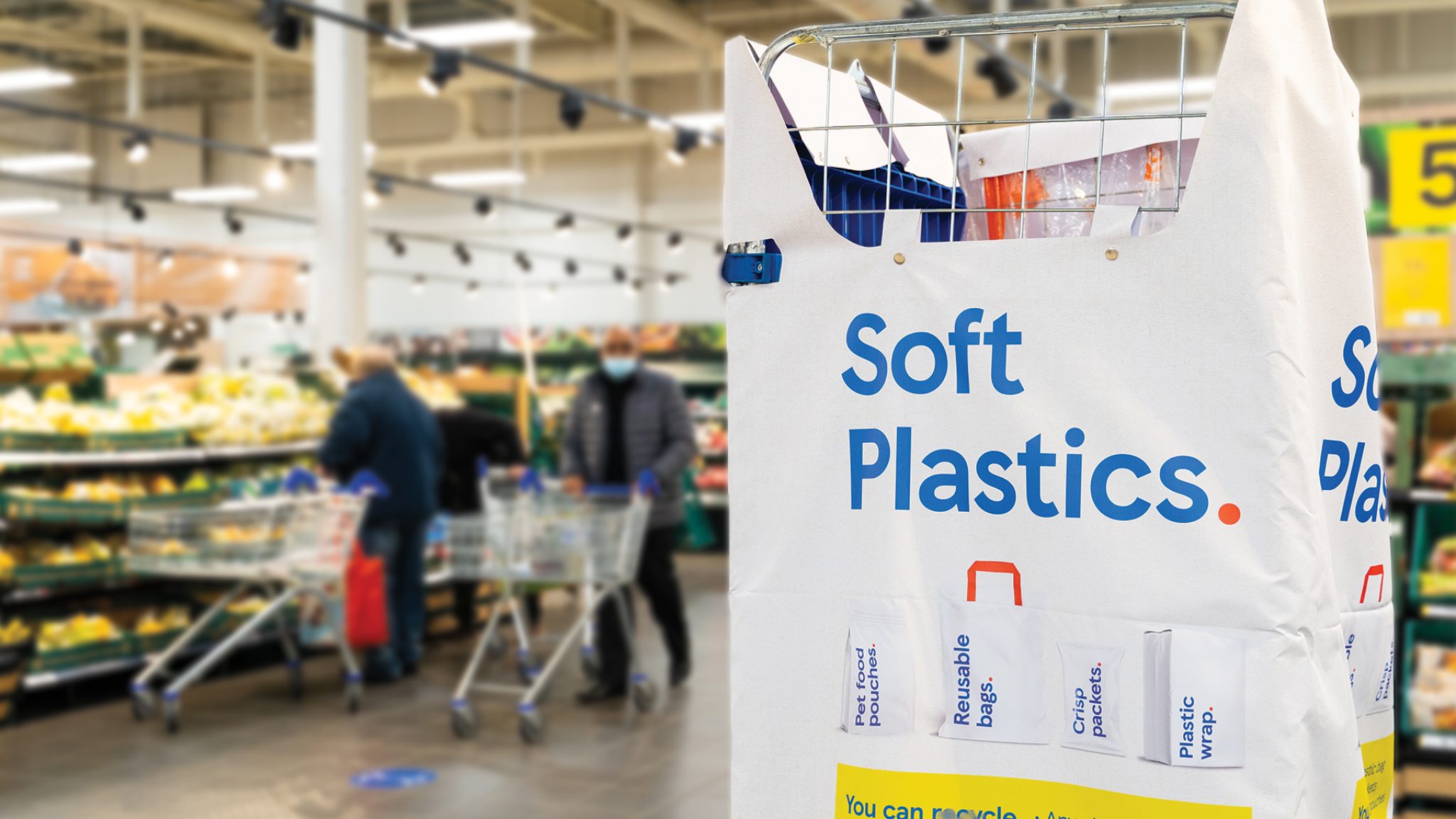 The UK’s largest retailer, Tesco, has announced in-store recycling for soft plastic will be introduced to all its large shops, in a move that will help consumers responsibly dispose of items that would otherwise end up in landfill.

The grocery chain has began introducing the in-store recycling service in 171 shops in the south-west of England and Wales, but it has plans to roll out to all its large format properties nationwide.

Most councils don’t collect soft plastic such as salad bags and crisp packets, so with a commitment from consumers this move presents an opportunity to significantly reduce waste. Once collected, the old soft plastic is sent for recycling where it will be washed, sorted and processed before being turned into new packaging.

Tesco said the recycled material will be used to pack items such as food, household and beauty products. It has not revealed its recycling partner for this programme, although it works with Paltech on a similar project in the Republic of Ireland.

The collection points will enable customers to return all their previously unrecycled soft plastic, regardless of where they originally purchased it. Cling film, pet food pouches, and baby food packaging is all included on the list of accepted items.

Tesco’s director of quality, Sarah Bradbury, said: “It is an absolute priority to remove and reduce as much plastic as possible and ensure everything we use is recycled and kept out of the environment.

“Where plastic serves an important purpose such as reducing food waste, these new recycling points make sure that every piece can be easily recycled. Trials have shown they are popular with customers, so we believe rolling them out at scale will have a real impact.”

Tesco started a ten-store trial in 2018 and it proved the service will be popular with customers. The material collected already is being used to produce food-grade packaging for a selection of Tesco cheeses.

Tesco said the most common items to be returned during the trial were bread bags, fruit and vegetable packaging, crisp packets, salad bags, and baby and pet food pouches.

Paula Chin, sustainable materials specialist at conservation organisation WWF, added: “Plastic pollution is one of the most visible symptoms of the environmental crisis and is devastating our natural world.

“Businesses, governments and households have all got an important part to play in tackling the issue, so it’s encouraging to see Tesco extending their successful soft plastics collection trial across more of their stores, giving their customers even more opportunity to recycle these valuable materials.”

Last month, Sainsbury’s announced it was trialling collection points in its north-east stores, which have been put in place to allow shoppers to responsibly dispose of polypropylene film.

Tesco Ireland has already committed to running collection points for difficult-to-recycle items too, and has introduced facilities in all 151 of its stores.