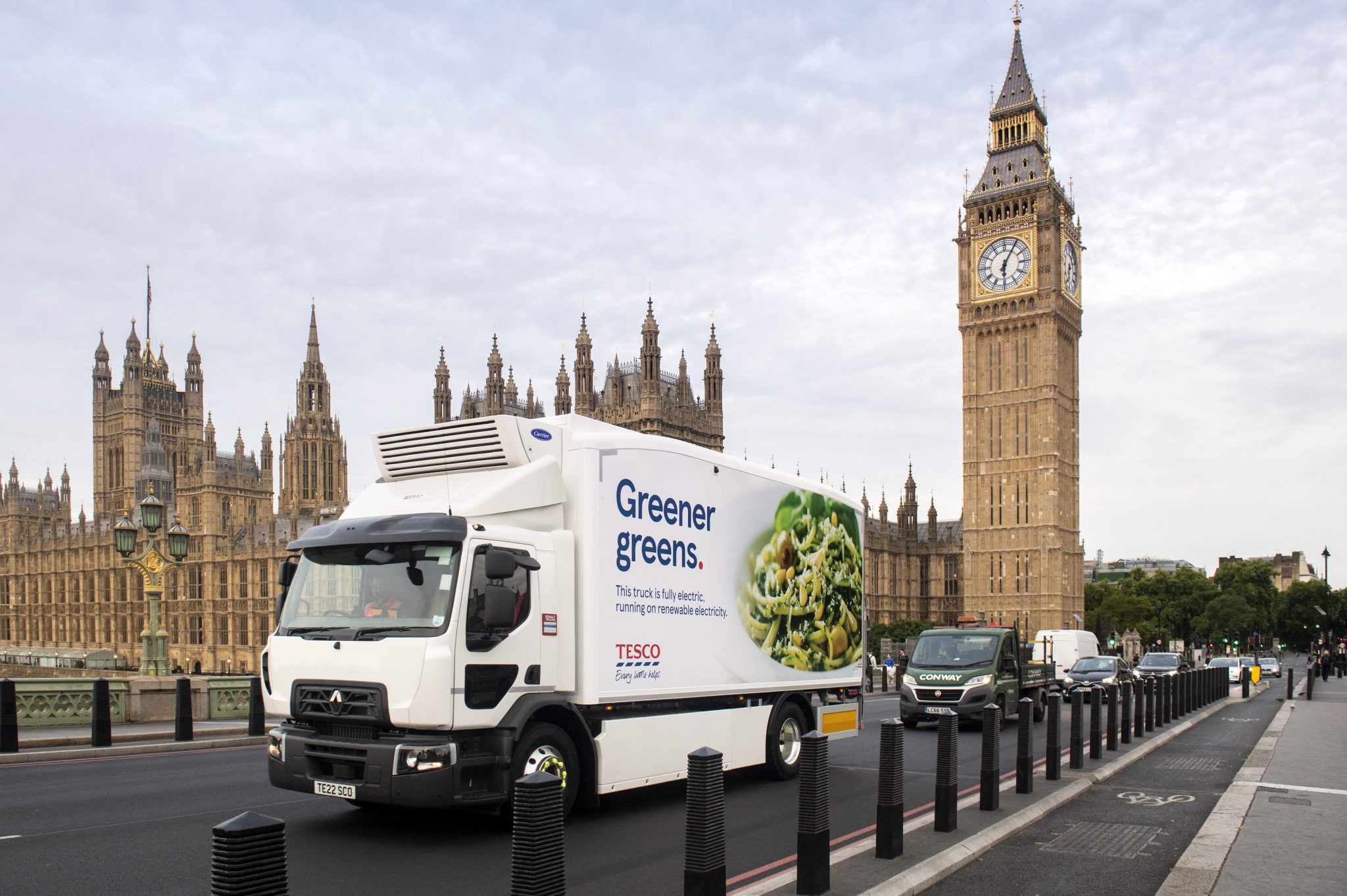 The UK’s largest retailer, Tesco, has added an electric lorry to its distribution network in the Greater London area.

The Renault Trucks D Wide E-Tech vehicle will deliver goods from the retailer’s distribution centres to more than 400 Tesco stores across the capital.

With a range of up to 130 miles, the electric lorry is able to carry the same payload as the diesel truck it replaces, according to Tesco which views the move as a way of helping reduce air pollution in the region.

Tesco has installed electric charge points at its Dagenham distribution centre to power the lorry, which adds to the two electric heavy freight articulated trucks it deployed earlier this year for carrying goods from Cardiff’s rail terminal and the grocer’s distribution centre in Magor.

Additionally, to mark the COP26 environment event in Glasgow last year, Tesco rolled out a fleet of electric delivery vans in the Scottish city to ship deliveries to customers’ homes. Although just the one electric lorry has been introduced in Greater London, the move shows Tesco is trialling fossil fuel alternatives in several areas of its fleet as it looks to become net zero in its own operations by 2035.

Jason Tarry, Tesco UK & Republic of Ireland CEO, said: “We all want to see improved air quality and less pollution in our towns and cities, and electric vehicles will play a crucial role in achieving this.

“Together with our switch to electric home delivery vans and rolling out electric vehicle charging points for our customers, we’re really excited about the improvements we’re making across our business, and our transition to electric vehicles.”

Tesco said today it is working with Volta Trucks on a prototype full-electric lorry. The ‘Volta Zero’ was specifically designed to help tackle the problem of emissions in urban areas as well as improving road safety.