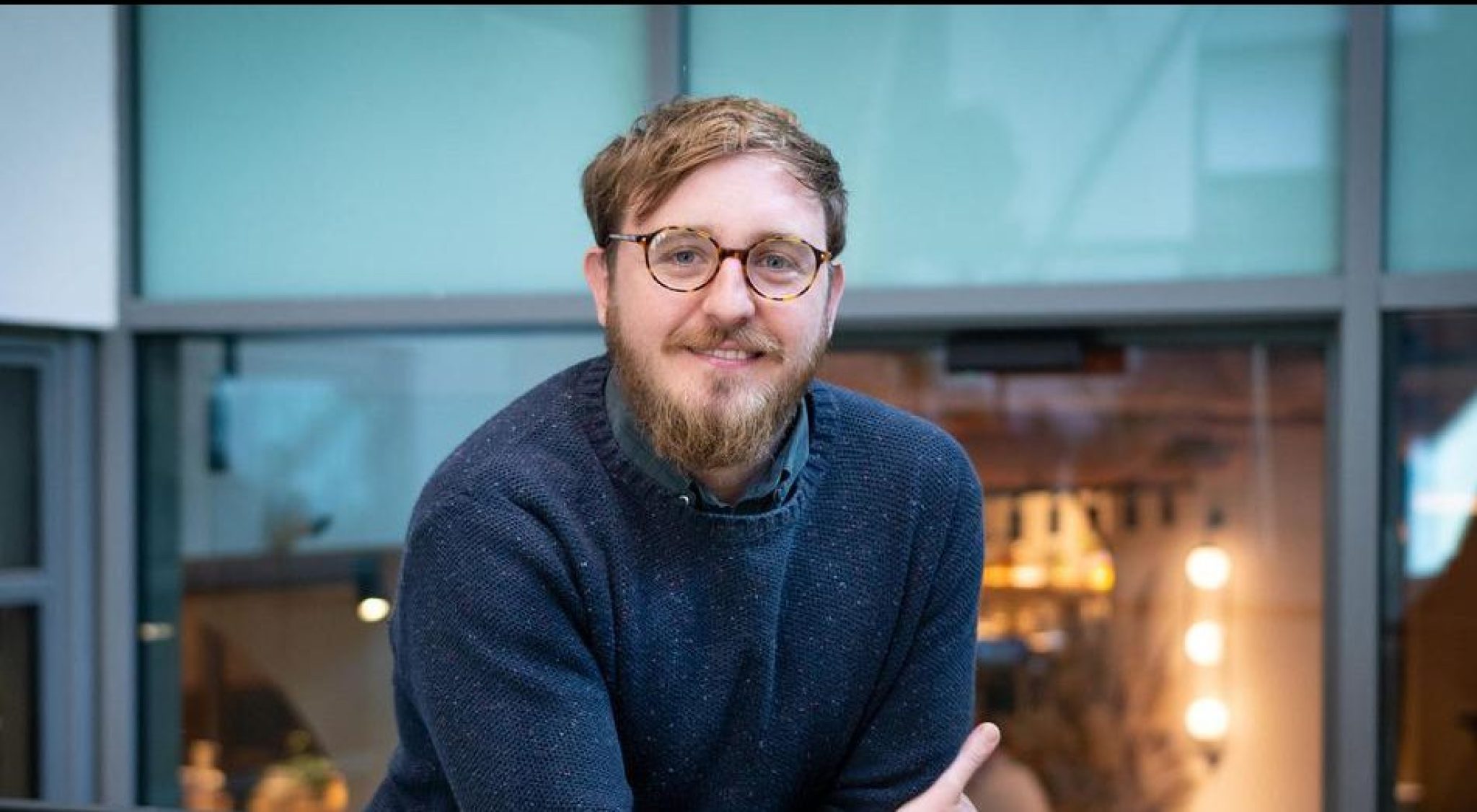 A new series where we talk to the individuals and companies helping retailers become greener businesses – highlighting the tools, technologies, and options available to support change in environmental focus.

When Morrisons reopened its Little Clacton, Essex store in July as a showcase for its environmental initiatives, it had reserved a dedicated pick-up point for customers collecting items ordered via the Too Good To Go (TGTG) app.

It was a sign of the growing impact the surplus food marketplace, which was established at the end of 2015, is having on the retail industry and wider society.

As part of its research into the climate crisis, the United Nations estimates 17% of total global food production is wasted – 11% in households, 5% in food service and 2% in retail – and food that is lost or wasted accounts for 38% of total energy usage in the global food system. In short, reducing wastage can help reduce greenhouse gases that are contributing to the climate crisis.

Faced with those figures, tackling the issue is high up the agenda of UK retailers right now – they increasingly understand it is an area where they can help in the battle against climate change while also finding ways to make operational cost savings.

Retailers have a growing ecosystem of tools, technologies, and partner organisations on hand to help them with that goal. Jamie Crummie, co-founder & director of TGTG, says: “It’s fantastic to see the level of innovation in the food waste space.

“In 2015, the ecosystem was pretty lonely – there weren’t many of us. Now we’ve got beers being brewed from surplus bread, condiments made from surplus fruit and veg, food waste apps, smart bins, and smart fridges empowering people to fight food waste.”

He is encouraged to see retailers making moves in this space and showing “good leadership in addressing food waste”, but urges the industry so much more can be done.

“We can’t rest on our laurels, there is so much more that needs to be done in reducing food waste,” he explains.

“The amount of food we’re throwing away is astronomical. No one organisation is going to solve the problem – it’s through collaborating with others which will help us get there. We fundamentally believe in that.”

What is Too Good To Go and who uses it?

More than 50 million people have downloaded the TGTG mobile app and circa 150,000 food businesses are working with the platform, which aims to redistribute would-be waste food from ending up in landfill.

Present in more than 17 countries, TGTG is connecting consumers with businesses and allowing them to order ‘magic’ bags of goods containing close-to-end-of-life items for a fraction of their typical retail price. Although not certain what they will receive, consumers get their hands on items cost effectively and businesses optimise revenue from food destined for the bin.

“Retailers throwing food away doesn’t make commercial sense – it’s a product paid for that is then thrown away.”

At current rates 350,000 people in the UK use the app each month, according to Crummie, and more than 10,000 people download the app a day.

“It shows how both people and businesses want to be proactive about fighting food waste,” he adds.

Crummie says a lot of the sustainability agenda is focused on cutting plastic out, or encouraging people to buy organic food from local farmers market.

“These are fantastic things to do but they can also price people out of that way of living. Having a platform that allows people to do something that’s great for the environment but also great for their wallet is a win-win – particularly in a cost of living situation where inflation is at 9+%.”

Crummie argues that allowing consumers to get their hands on bag of food valued at more than £10 from a supermarket for £3.09 is “hugely attractive to many people across the UK”.

The co-founder says TGTG’s rise in popularity cannot simply be attributed to the current cost of living crisis. The business plan means he expects month-on-month growth as the company builds out new ideas and develops its proposition globally.

“We would expect to be expanding anyway, but our relevancy to many people has grown given the situation and context we are currently living in,” he notes.

In addition to the Morrisons partnership, Green Retail World has covered TGTG’s tie-ups with Costa Coffee and Spar operator Blakemore Retail, but the platform is also utilised by the likes of Nisa, Shell’s Little Waitrose and BP’s Marks & Spencer petrol forecourt stores, Costcutter, Budgens, the regional Co-ops, and many other hospitality businesses.

Why would retailers work with TGTG?

Crummie says there are several key reasons retailers are looking to address food waste in their operations and supply chain.

Some of it is regulatory and helps meet their environmental, social and governance ambitions. Non-governmental organisation, Wrap, for example, has helped bring together many retailers, manufacturers, and food service organisations to sign the Courtauld Commitment, a voluntary commitment aligned with UN Sustainability Goals to halve food waste by 2030.

“For lots of retailers they have to demonstrate and articulate they have been reducing wastage,” explains Crummie, who says throwing away food “just does not make environmental sense”.

“Retailers throwing food away doesn’t make commercial sense either – it’s a product paid for that is then thrown away.

“Food waste is costing everyone money, including retailers.”

“Food insecurity is on the rise in the UK, use of food banks has gone up at an astronomical rate,” he says.

“For a retailer to show customers they can collect food at a more affordable price or educate them not to waste it, it’s another way to be more responsive and address the cost of living crisis. It’s an area where lots of retailers have introduced schemes for staff to gain access to food that would have once gone to waste.”

What does the future hold?

Crummie’s ambitions for TGTG involve building a brand that’s “synonymous with sustainability and fighting food waste”, which he says will entail entering new territories, growing in existing markets, and working with more retailers.

“It’s about creating a solution where we can work with the major multiples,” he adds.

“We already work with Morrisons – are there other retailers we can work with? Can we make TGTG more mainstream?”

Redistribution of food will always be the company’s North Star, according to Crummie, but there is other work the organisation can get involved in such as helping retailers on their own food waste journeys via staff training, for example.

For the last 18 months, TGTG has been running a ‘Look, Smell, Taste, Don’t Waste’ (LSTDW) campaign, working with food producers and retailers to communicate that exceeding best before dates does not necessarily make food unfit to eat.

Morrisons and Co-op are two examples of UK retailers removing use-by dates on some products as a way of encouraging consumers to use their own judgement about whether food is good to eat or not. Earlier this week, Marks & Spencer said it was removing ‘Best Before’ dates on many of its fresh products, with the company viewing it as a way of cutting waste in stores and in people’s homes.

“I feel this is part of a bigger movement around date labels where we have played an intrinsic part,” acknowledges Crummie, who says the LSTDW label his organisation has championed can now be found on products such as Shreddies, Tropicana, and Activia.

Crummie is confident TGTG will continue to help forward the conversation on preventing food waste, playing an active role in finding solutions to support businesses and society.

In his own words, the company was a “boot-strapped organisation” operating on “a shoestring budget” at launch. Last year, it raised $31.1 million – with venture capital fund, Blisce, investing $15.4 million – and that will support global growth.

TGTG started by working with restaurants, with the founders identifying the waste associated with buffets as a suitable place to begin its journey but it was ultimately “a gateway into more businesses”.

Underlining those ambitions, Crummie says: “The premise was always to have a flexible and adaptable process and platform that could fit into any food business across supply chains and sectors.

“We can address food waste in so many different countries and markets.”

At Green Retail World we are giving greener retail champions, like Jamie Crummie and Too Good To Go, a chance to explain how they are helping retailers become greener businesses. Please contact editor, Ben Sillitoe, if you’d like to put yourself forward for an interview on this key subject. Sharing good practice can help the wider sector move in a positive direction.

[Image credit: Too Good To Go]