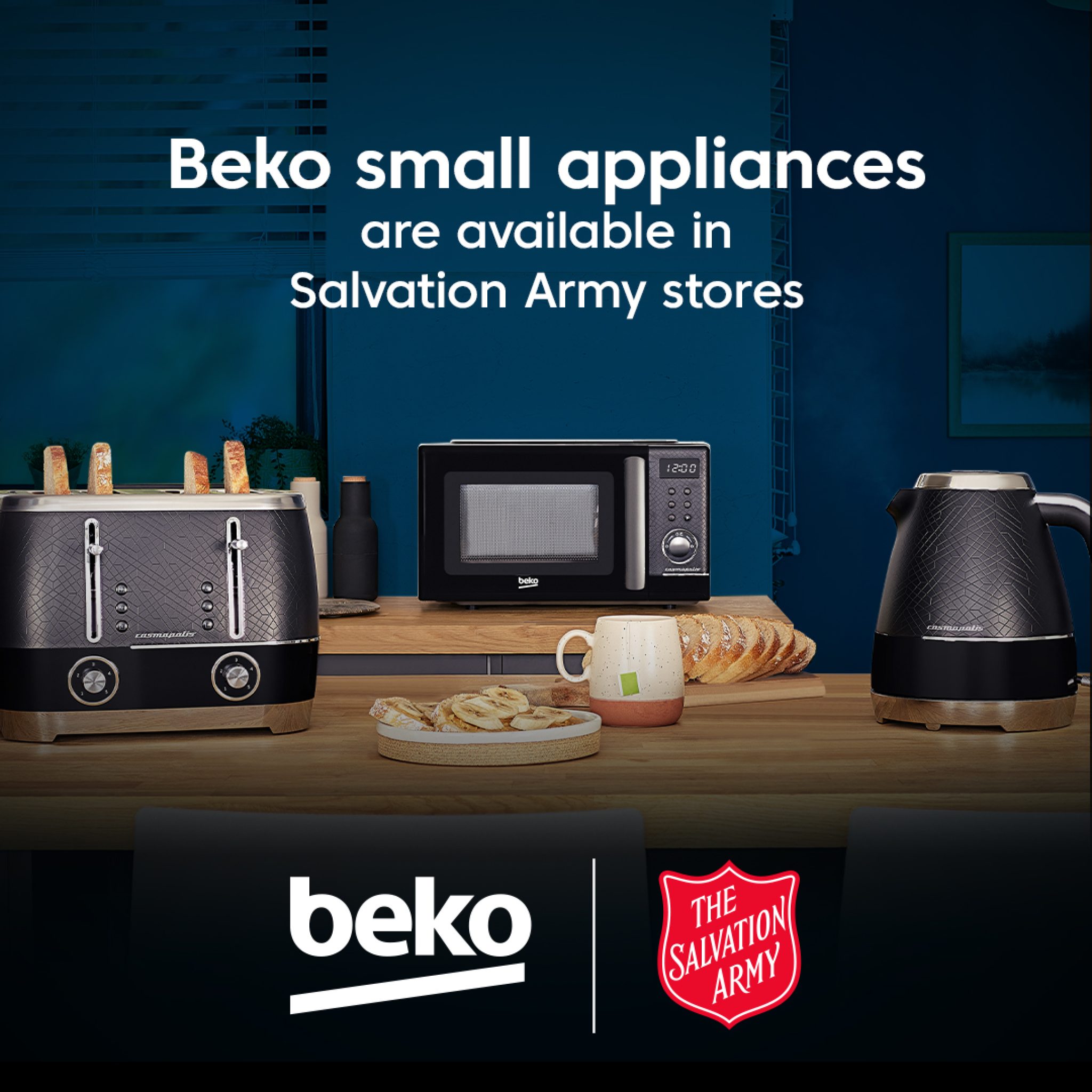 The Salvation Army Trading Company (SATCol) will now sell pre-loved or refurbished Beko appliances, as part of the manufacturer’s efforts to reduce its e-waste.

Many of the Salvation Army’s 240 outlets will stock Beko appliances that were either previously faulty but now repaired, or were returned by the manufacturer’s retailer partners.

SATCoL said all Beko appliances it receives will be checked and P.A.T tested in its 25,000 sq ft processing centre, meaning all items placed on sale through this new partnership are consistent with Beko’s quality and safety standards. To help reduce waste further, any items that cannot be resold by the charity will be returned to Beko, where the manufacturer has promised to recycle them responsibly.

According to the charity, the profits raised from selling Beko appliances will be used to fund its array of good causes. It also said that Beko’s decision to go into partnership with SATCol shows the manufacturer’s circular economy credentials.

“As a brand, we are fully committed to inspiring everyone to strive for a more sustainable future, this year and beyond.”

Kirk Bradley, head of corporate partnerships at SATCol, added: “An intrinsic part of our company strategy focuses on clean air, the circular economy and reducing waste.

“Our partnership with Beko is key to helping us work towards a healthy future and sustaining our planet. The repurposing of electrical products is a new business strategy for the Salvation Army Trading Company and thanks to Beko’s cutting edge approach, we are able to give items a new lease of life and the funds raised from the resale is diverted to good causes.”

Powered by the charity alongside returns management technology company, Rebound, the initiative enables consumers to donate unwanted fashion items to charity instead of returning them to the retailer from which they originally came.