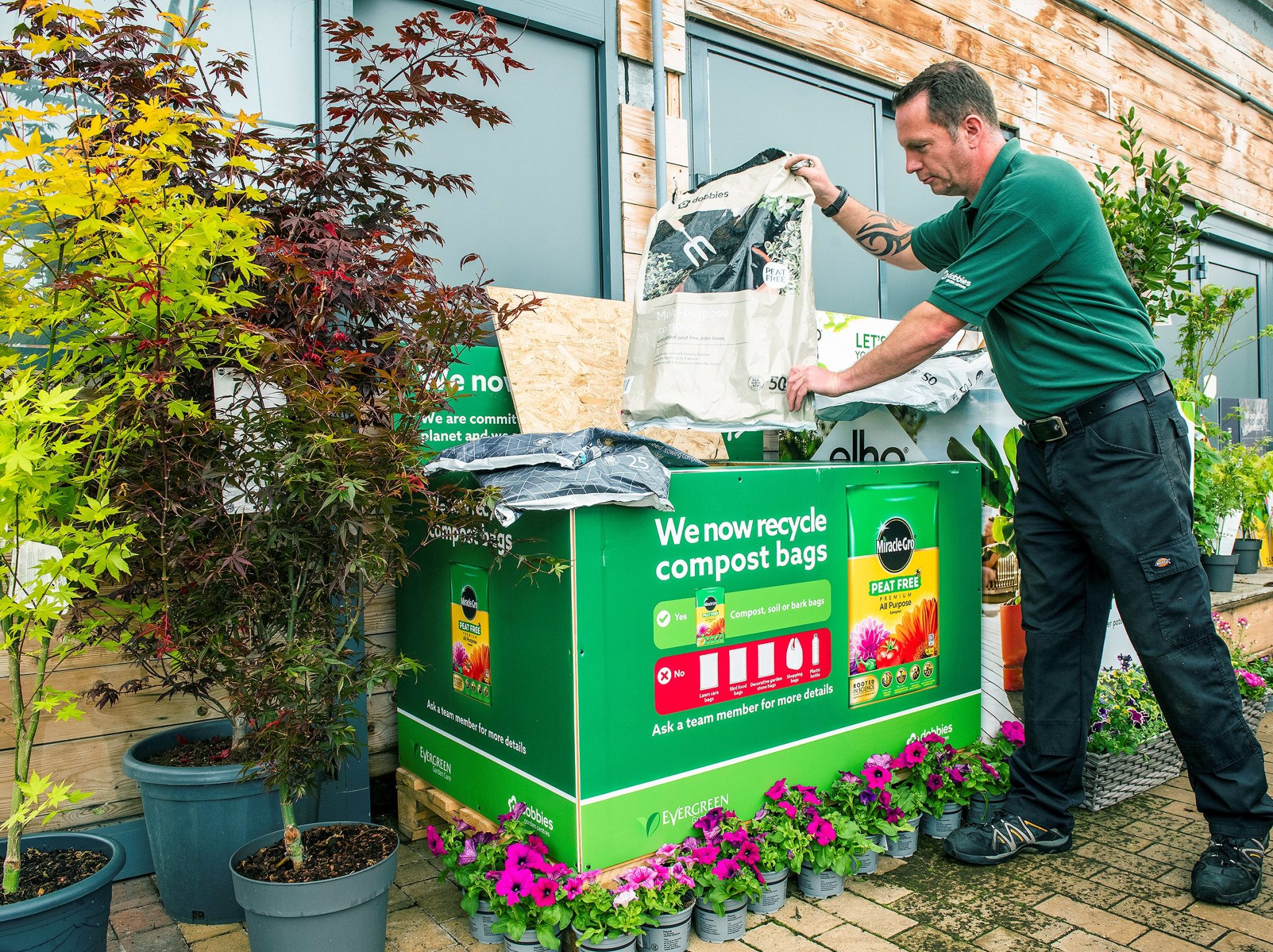 Customers have been recycling compost bags in ten of the retailer’s stores as part of a trial, but the initiative will now be expanded to all Dobbies’ mainline stores – although not its Little Dobbies format.

Compost packaging is typically difficult for people to recycle as very few local authorities collect polythene sacks as part of their weekly kerbside collections or at recycling centres.

Dobbies has teamed up with manufacturer Evergreen Garden Care for the scheme, with the two companies working together to break down and process the collected bags before making new garden furniture using the resulting material.

The new furniture created from recycling compost bags will be donated to Greenfingers, a charity that creates green spaces for terminally ill children.

Marcus Eyles, horticultural director at Dobbies, said: “Anyone can bring in any compost bags, no matter what brand or where it was purchased, and place it in the dedicated recycling bins.

“It has been so positive to see the success of the scheme, and with this expansion we are looking forward to widening access for gardeners across the UK and increasing the positive impact of the project.”

Jane Hartley, sustainability marketing manager at Evergreen Garden Care, added: “The initial findings from the trial have enabled us to identify the best locations of the bins in store and simplify the collection process.”

Dobbies is already working with sustainable plant pot designer, elho, as part of its drive to be a greener business. Plastic pot recycling bins are placed in 69 Dobbies stores to collect this difficult-to-recycle material, which is broken down and used to make new elho products.

In March, Independent Media News surveyed 2,003 consumers on behalf of Dobbies to find out their recycling requirements. The research found 35% of gardeners want to recycle more of their garden waste products and 39% of people are more likely to shop at a garden centre that is sustainably focused.