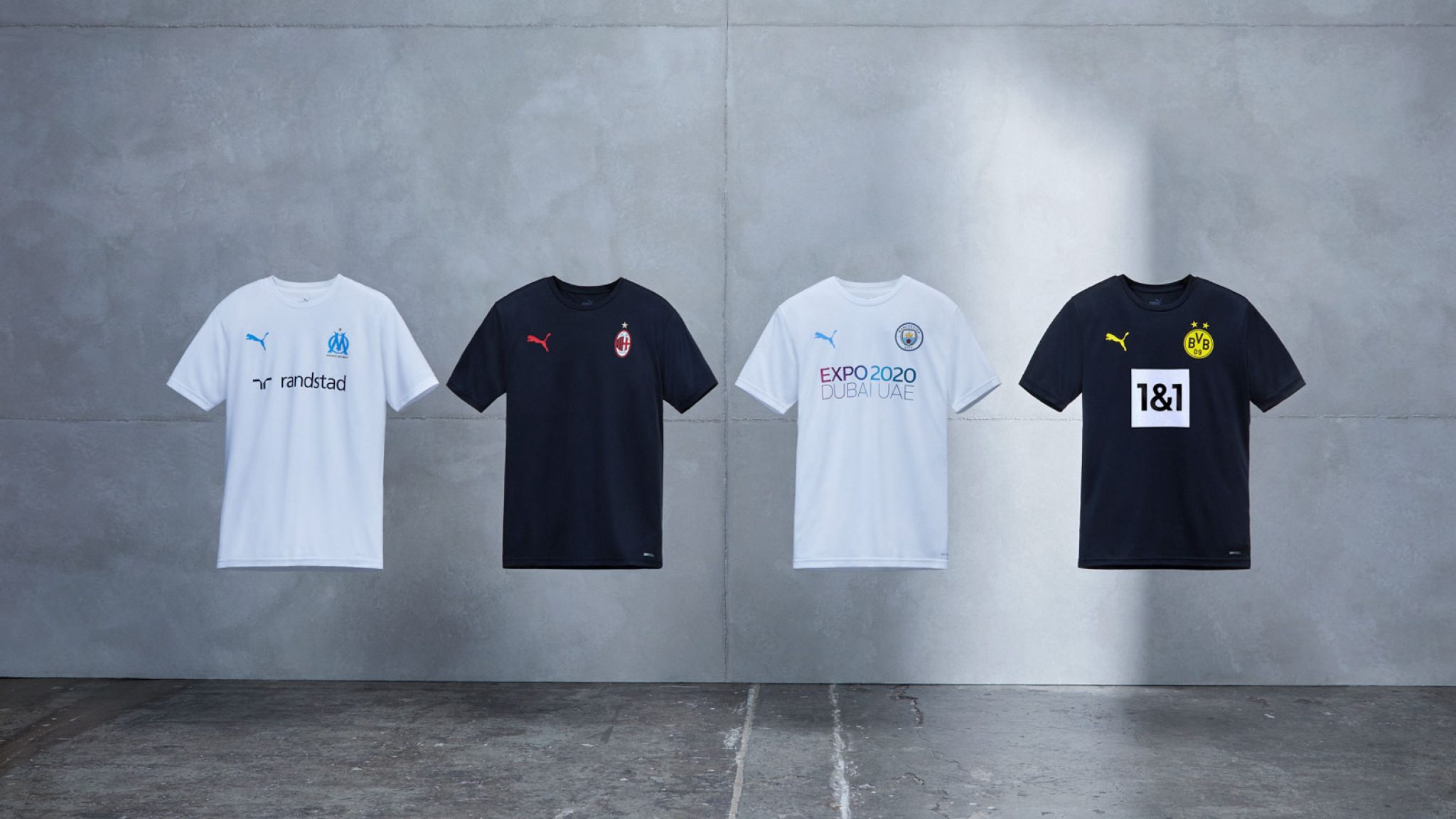 Puma is starting the process of recycling football shirts and using the old material to produce new jerseys.

The Re:Jersey initiative is viewed as a way of making the sports kit industry more circular and reducing waste, and it will use a new system that circumnavigates the obstacles that manufacturers said stopped them from recycling old shirts in the past.

Garments that feature logos, embroideries and club badges, which previously hindered recycling efforts to turn old garments into new ones, can now be used, according to Puma, with recycling football shirts set to become a more prominent way of creating yarn for new jerseys.

Recycling football shirts using the Re:Jersey method, garments are chemically broken down into their main components – a process known as depolymerization. Colours are then filtered out and the material is chemically put back together to create a yarn – known as repolymerization – and the theory goes that this material has the same performance characteristics as virgin polyester.

Puma said that Re:Jersey kits are made with 75% repurposed football shirts, and the remaining 25% comes from Seaqual Marine Plastic. The latter material is derived from the Seaqual initiative – which sees waste management and recycling industries work together to transform marine litter into usable materials for brands and manufacturers.

Howard Williams, director for apparel technology at Puma, said: “With the Re:Jersey project, we wanted to develop ways to reduce our environmental impact, respect resources and reuse materials.

“The insights we gained with Re:Jersey will help us develop more circular products in the future.”

The products made via this new method will be worn on the pitch during pre-match warm-ups by several football clubs contracted to Puma deals, including AC Milan, Borussia Dortmund, Manchester City, and Olympique de Marseille. The teams will wear the recycled football shirts ahead of their respective league fixtures in late April and May, starting with Manchester City’s match against Watford on 23 April.