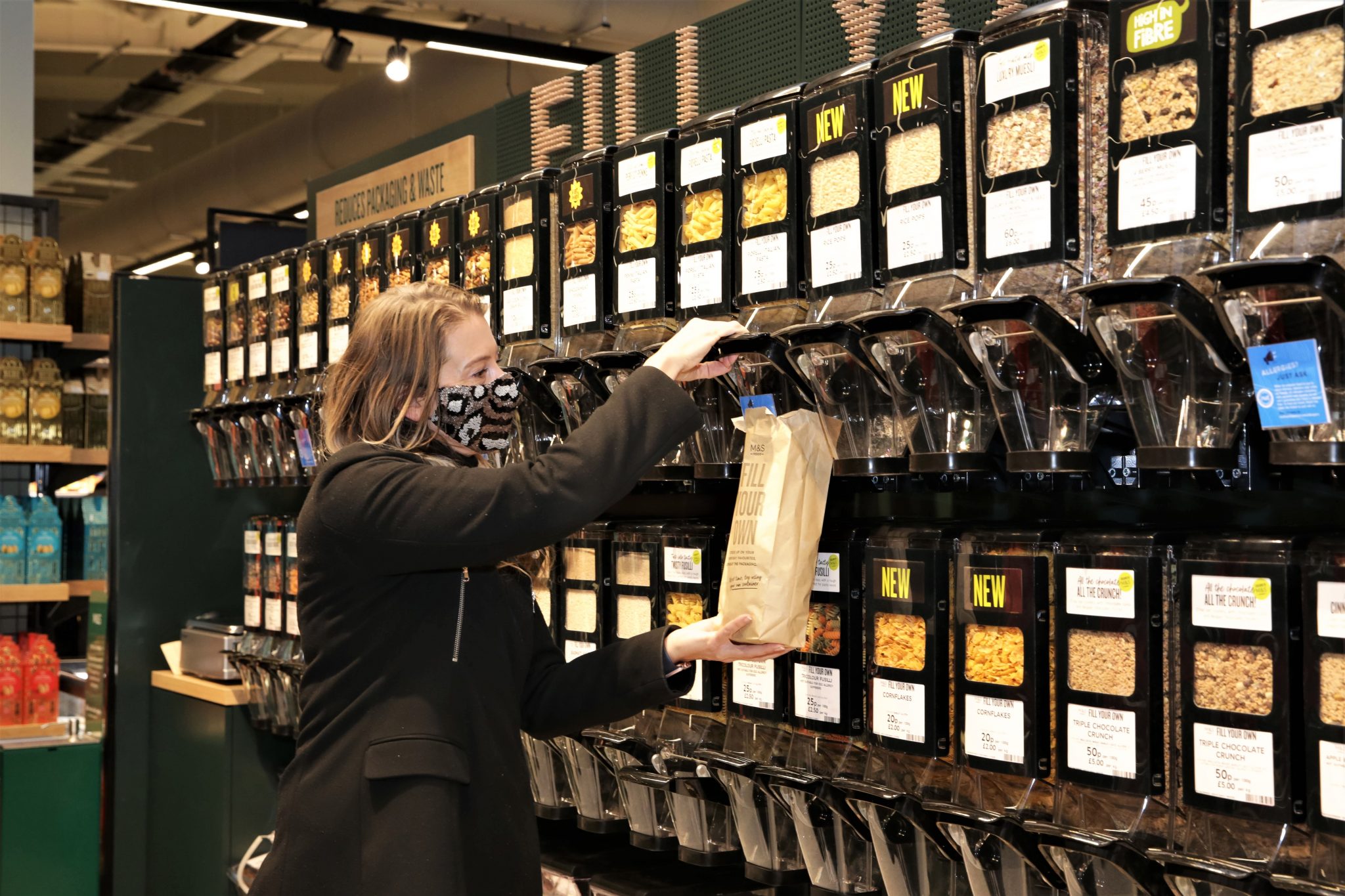 Several UK grocers have combined to form the Refill Coalition, in efforts to tackle single-use plastic packaging within their operations.

Marks & Spencer (M&S), Morrisons, Ocado and Waitrose have teamed up alongside the supply chain solutions company CHEP for a scheme run by Unpackaged, a company that provides refill stations for several retailers.

Work by the Refill Coalition aims to reimagine how key food staples such as pasta and grains, and household products, are supplied. This marks the first step in developing a worldwide standard for plastic-free food distribution from the supplier to a consumer’s cupboard.

Part of the system being developed through the coalition is a bulk home delivery refill solution.

Several retailers, including coalition members M&S and Waitrose, in addition to Asda, have already launched refill facilities in some of their stores. Subject to wider successful trials, coalition retailers will look to roll out these stations more widely.

Catherine Conway, founder of Unpackaged, said: “It’s absolutely brilliant that The Refill Coalition has come together to help create an industry-wide solution.

“Working together to create a universal system gives us the best chance of scaling refills so they become accessible to every shopper in the UK, as we know consumers want less single-use plastic packaging on the items they purchase. An industry-wide approach will lead to a refill system that works for everyone in the supply chain and will make refilling easier for shoppers.”

Claire Shrewsbury, director insights & innovation at waste management charity Wrap, commented: “Wrap welcomes this initiative which will help make refill and reuse a regular feature of the nation’s shopping habits. This will support making serious headway in eliminating single-use plastic packaging; one of the targets of The UK Plastics Pact.

She added: “We know shoppers are ready to embrace this way of shopping, but lack of availability, in-store and online, has been a major barrier. This initiative could be a game-changer in accelerating refill and reuse in our supermarkets and pave the way for it to become mainstream.”