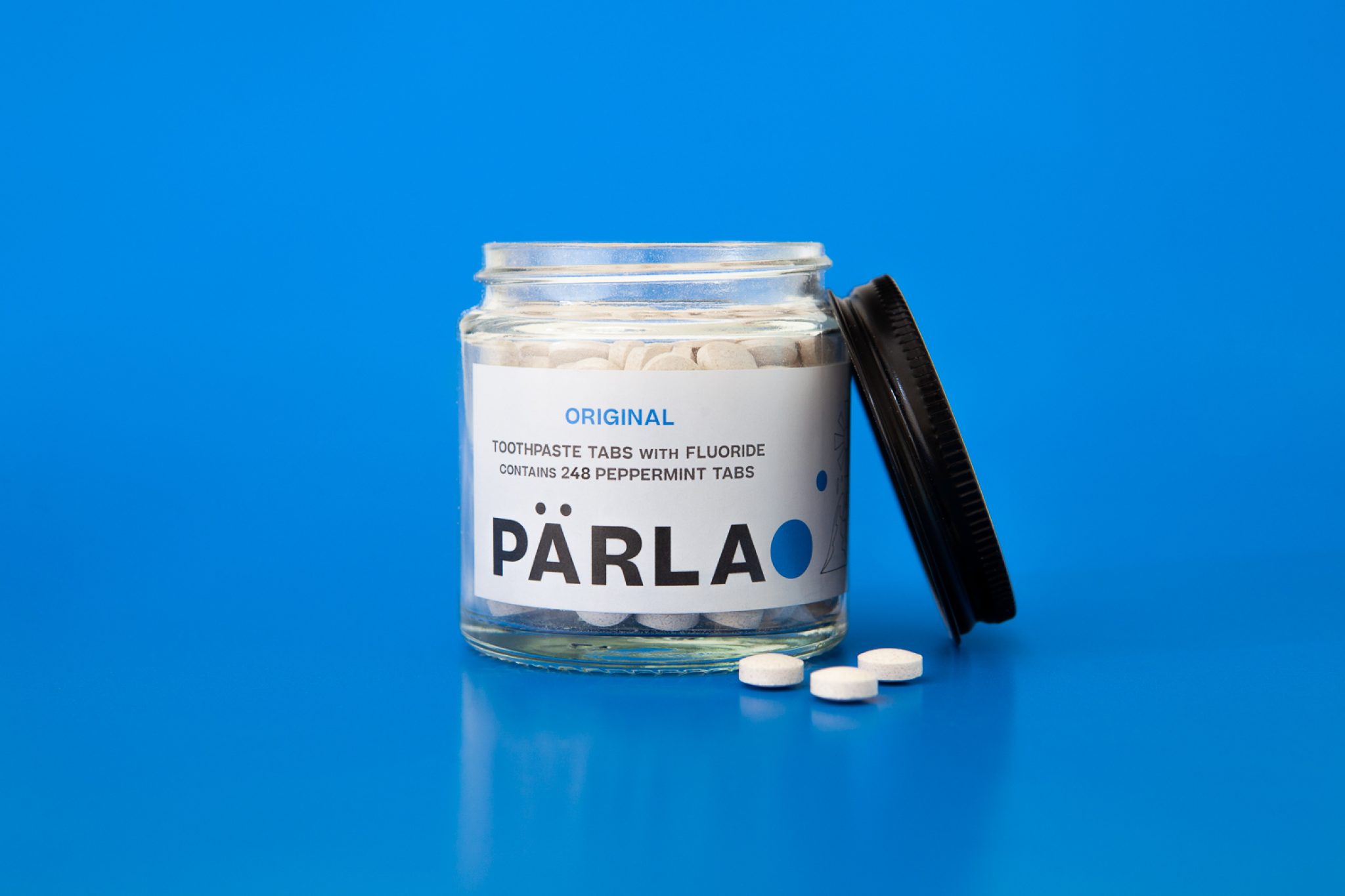 Oral care challenger brand PÄRLA, which sells toothpaste in tablet form in refillable glass and aluminium jars, is urging its subscribers to help it get noticed by the UK’s largest retailer.

In what is effectively a combination of guerrilla marketing tactics and user-generated content, PÄRLA wrote to its customers calling on them to take a selfie holding their PÄRLA jar in a Tesco store and to share the brand’s online communications with as many people as possible.

It comes after trade publication, The Grocer, reported last week that Tesco was missing Colgate products from its shelves and online, in a sign supply negotiations between retailer and brand were taking place. A customer service representative referred to a “supplier issue” on the official Tesco Twitter account.

Dr Simon Chard, one of the co-founders of PÄRLA, which was launched in 2020 and is the brainchild of three professional dentists, described the Colgate situation at Tesco as an ideal opportunity to raise the profile of his company and to highlight PÄRLA’s plastic-free products.

“As a challenger brand, it’s our role to have some fun and utilise the opportunity,” Dr Chard explained to Green Retail World.

He said PÄRLA, which currently has over 10,000 subscribers and is already stocked in Boots and Sainsbury’s, wants toothpaste tablets to become a mass market movement, arguing that the lack of plastic in his product’s packaging means it is better for the environment than incumbent players.

“It’s important that every individual makes this one change, but to gain momentum and stop as much plastic going in the oceans as possible we need to be distributed where people buy their toothpaste – and Tesco has more stores than anyone else in the UK,” he noted.

“The more locations we can be in the better.”

PÄRLA’s aim is for a minimum of 5% of the UK population to make the switch from toothpaste tubes to the tablet equivalent by 2023 with Dr Chard saying that would mean millions of people changing their bathroom hygiene habits and an estimated saving of 500 tonnes of plastic in the process.

Last month, Colgate announced some of its best-selling lines are going to be sold in recyclable tubes for the first time in its history.

But PÄRLA has described recyclable toothpaste tubes as a “greenwashing” exercise, predicting there will be very few  consumers who cut off the ends of the tube, wash out the insides and place it in their recycling bins. It argued that even the packaging that does make it that far will not be recognised as recylable by the manuel pickers at waste management sites.

“It’s the direction the big multinationals are moving towards but it’s not a real solution to the problem,” commented Dr Chard, who although acknowledging it as a step in the right direction for the industry claimed the material can only be recycled a limited number of times.

“Unlike glass and aluminium which is infinitely more recyclable, the recycled tubes don’t solve the problem – they just delay it, they will end up in landfill regardless.”

PÄRLA aims to be transparent about the materials it uses to hold its toothpaste tablets. It says the jar which the product is orginally purchased in is made of glass and designed to be refilled, the lid is aluminium, the label and foil is 100% compostable, and the refill bags are 100% compostable.

In recent customer communication, it commented on the refill bags: “We know these look plastic-y which is confusing, so we are working to fix this in the coming months based on your feedback.”