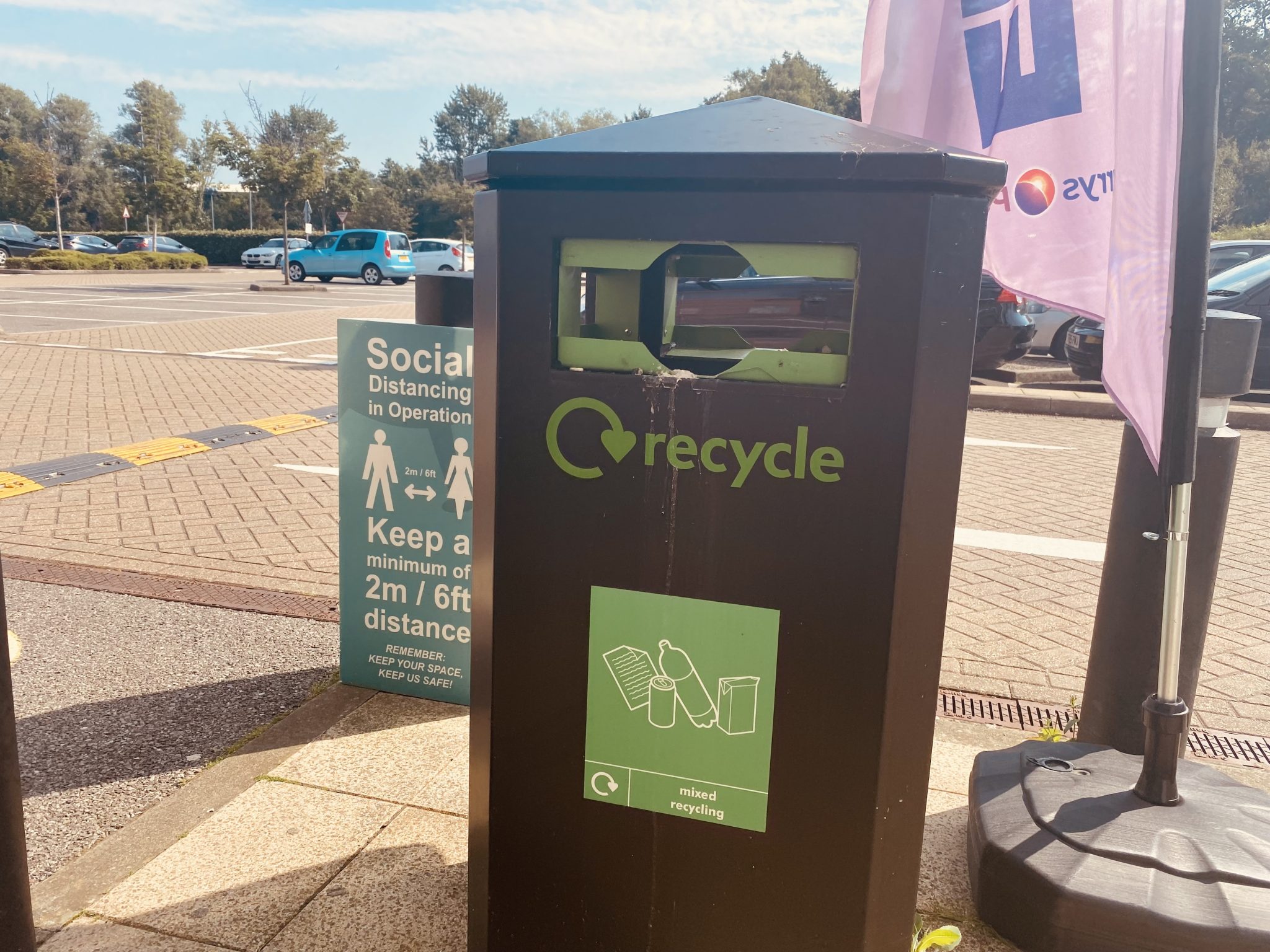 Highlighting retailers’ efforts to be greener. Featuring announcements about products, strategies, and new eco-commitments from L’Occitane, Glenfiddich, Sweaty Betty and many more.

Running a business leaves a carbon footprint, so any sustainability claims must always be taken with a pinch of salt.

But that’s not to say organisations cannot be greener – and improve their environmental credentials. Indeed, every week we’re hearing of new commercial initiatives that purport to be better for the planet.

Green Retail World’s aim is to highlight when retailers and brands are doing things better and greener – and there are plenty of examples out there. Their inclusion on these pages is not to say they are a sustainable or green business per se.

Each month, this section of the site provides a rolling ticker of industry announcements, initiatives, and manoeuvres related to the green agenda. There will be quick snippets listed on these pages, highlighting what this publication believes are examples of retailers taking a step in the right direction to help reduce their impact on the planet.

Here’s a list of good practice from July. Below are some examples of greener retailing we’ve seen this month:

Lopez is a former Hewlett Packard Enterprise (HPE) executive, and he takes on the newly created role which entails overseeing the company’s sustainability, community giving and inclusion and diversity work.

A video shop owner from Liverpool today made a 600-mile round trip to collect 20,000 VHS tapes to stop them ending up in landfill.

Andy Johnson, who runs VideOdyssey in Toxteth, believes there will be growing demand for tapes in what has become a digital entertainment world.

The mission today saw Johnson travel from Liverpool to Dundee and back to rescue a huge collection of tapes which were gathered by one gentleman from visiting car boot sales over the years.

Online electricals retailer AO has said it has now recycled over two million fridges at its recycling plant in Telford.

During the lockdown period of April 2020 to April 2021, AO received over 328,000 unwanted fridges from customers – an increase of 68% compared to the previous year.

According to AO, the machine also takes care of the harmful gases and oils stored in fridges that can damage the environment if released into the atmosphere. Dangerous gases are trapped between tiny pockets of insulation foam, which the retailer says are safely removed inside the sealed chamber.

Once Bertha has processed the fridges, the materials are then reused in other household items, such as sustainable ventilation products.

Midcounties Co-operative has partnered with environmental charity Hubbub to install a ‘recycle reward machine’ in its Your Co-op Food store in Coleford, Gloucestershire.

It is designed to help reduce litter and boost recycling in the local community by incentivising people for their recycling efforts.

The machine gives out a ticket in return for every recycled can or bottle, which Your Co-op members and customers can trade in at the Tourist Information Centre in Coleford and at the Dean Heritage Centre in exchange for a range of prizes. Prizes range from tote bags and reusable water bottles to a lottery ticket offering a chance to win £25,000.

A Bloomberg Intelligence (BI) study suggests the plant-based foods market could account for 7.7% of the global protein market by 2030, with a value of over $162 billion, up from $29.4 billion in 2020.

According to BI, industry giants including Beyond Meat, Impossible Foods and Oatly are driving an increase in plant-based food options as they partner with restaurants and major chains. Meanwhile, established competitors, such as Kellogg and Nestlé, are ramping up their distribution of plant-based products, and producing promotional campaigns that showcase their variety of options.

“The expanding set of product options in the plant-based industry is contributing to plant alternatives becoming a long-term option for consumers around the world. If sales and penetration for meat and dairy alternatives continue to grow, our scenario analysis suggests that the plant-based food industry has the potential to become ingrained as a viable option in supermarkets and restaurants alike.”

She added: “Meat and dairy alternatives could even obtain 5% and 10% of their respective global market shares in the next decade.”

Large chains such as these offering burger, sausage and milk-alternatives will encourage consumer habits to adjust to plant-based food products, according to BI, which expects faux-chicken to be particularly primed for growth over the next year.

The UK produces the equivalent of 51 Blackpool Towers of e-waste a month, or 133,141 tonnes per month, according to new research.

Online reseller musicMagpie’s report suggests, per capita, the countries producing the most e-waste in a year are Norway (26kg), the UK (23.9kg), and Switzerland (23.5kg)

Marine conservation charity Surfers Against Sewage has revealed its ‘dirty dozen’ plastic and packaging polluters for 2021.

In its annual Brand Audit Report, it said two-thirds of the UK’s plastic and packaging pollution can be traced back to just 12 companies. They are, as follows:

To gather the results, which can be read in detail here, more than 50,000 volunteers took part in 600 beach cleans, covering 350,000 miles across the UK in total as part of the ‘Million Mile’ flagship week.

Of these volunteers, 3,917 walked and cleaned 11,139 miles of beaches, rivers, mountains and more, submitting 377 brand audit data sets. A total of 26,983 items of packaging pollution were monitored as part of the brand audit.

William Grant & Sons whisky brand, Glenfiddich, has said it will run part of its fleet on green biogas, made from the residues of its own distilling process.

Using a unique technology developed in-house, the Glenfiddich distillery at Dufftown is converting its production wastes and residues into an ultra-low carbon fuel gas to significantly reduce its use of carbon when compared to using fossil fuels.

Fuelling stations have been installed at the distillery, and the drinks company said the biogas is now powering specially converted trucks that handle the transportation of the whisky at Dufftown as it moves through the bottling and packaging process.

Each truck will displace up to 250 tonnes of CO2e annually, according to William Grant & Sons.

Claudia Falcone, Glenfiddich’s global brand director, commented: “Our green biogas transport fleet is absolutely in line with our brand ethos of ‘Where Next’ – always challenging ourselves not to rest on our past achievements but to always look for what is coming next.”

A Waitrose store in Farnham, Surrey, is giving consumers a chance to recycle used ink cartridges.

The Ink Bin, which was launched in 2019 by Becky Baines to help organisations such as schools, charities and businesses avoid sending ink cartridges to landfill, has secured a collection spot in the supermarket for the first time. The trial could lead to more collection bins appearing across UK supermarkets.

Women’s fashion retailer Sweaty Betty is on the hunt for a sustainability manager.

The company said it has recently defined its sustainability strategy, and it is now looking for the right individual to lead it. It is searching for someone to “be the voice of sustainability for the business” and “evaluate and recommend modifications to our approach to sustainability”.

Ikea UK has partnered with comparison website Big Clean Switch to offer £35 worth of free green energy to customers.

British homes can access the free energy on top of any other savings they are making by switching to a green energy supplier via the Ikea website.

Greg Lucas, sustainability manager at Ikea UK, said: “Millions of homes across the UK are already benefiting from Ikea products and services that help to reduce waste, energy and water, as well as to save money, which is why we’re so pleased to be able to partner with Big Clean Switch and help our customers switch to green energy suppliers too.

“With everything we do we hope to enable and inspire people to take small, affordable and simple steps towards living more sustainably.”

The campaign is in response to a new academic report the company commissioned looking into the environmental impact of consumers buying new clothes versus re-dyeing existing garments.

According to the Dylon Dyes research, 66% of consumers admitted to buying the same or more garments than they were two years ago. However, 34% are now consciously buying fewer clothes and have cited environmental impact as one of their key reasons for this decision.

The campaign aims to encourage people to repurpose existing clothes in their wardrobe rather than buying new items.

The service, which is found in its London Regent Street, Glasgow, Cardiff and Richmond shops, provides shoppers with the chance to refill products and cut down on plastic usage.