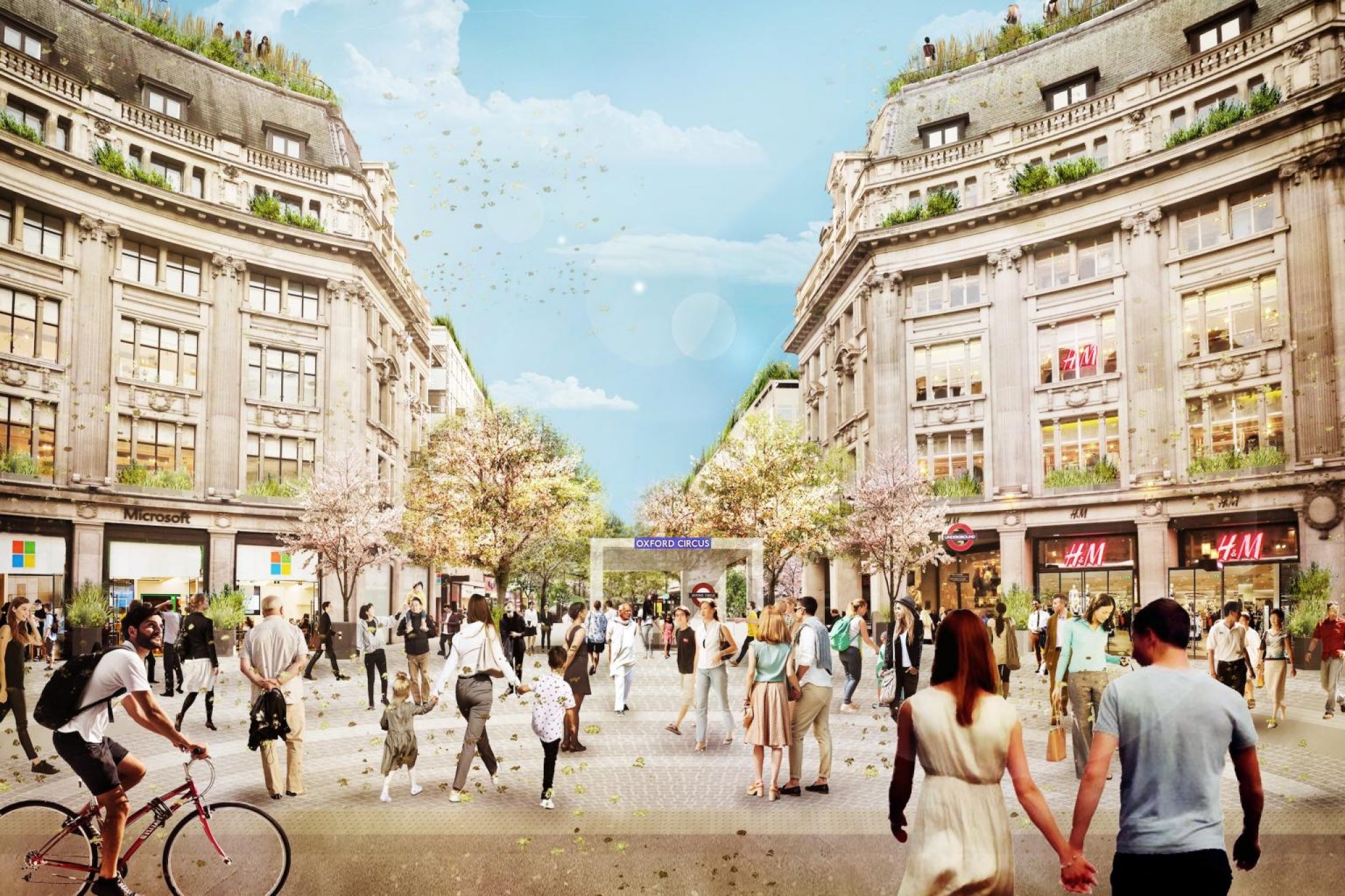 London’s Oxford Circus regeneration will start later this year, and it will include the development of two pedestrian-friendly piazzas.

Westminster City Council and The Crown Estate said this week that they plan to make the retail and business district greener and cleaner, by significantly improving public spaces around Oxford Circus and transport links to the area.

Additional planting and seating to aid the Oxford Circus regeneration is planned, which the local authorities and real estate owners hope will encourage dwell time at an area which has experienced a significant downturn in traffic due to the pandemic.

Westminster has already committed £150 million to kickstart the Oxford Circus regeneration and attract inward investment. A competition – in association with the Royal Institute of British Architects – has now been established to help shape the piazza design.

The scheme is linked with Westminster City Council’s ‘Greenways’ project, which is designed to improve the experience of cyclists across the district and in the borough.

Full plans for the Oxford Circus regeneration can be accessed here.

“We hope the creation of these pedestrian-only piazzas at Oxford Circus, surrounded by newly planted trees and large seating areas, will instil much needed confidence in the West End and support local businesses severely affected by the pandemic. We want to bring the excitement and buzz back to these famous streets and make Oxford Circus London’s front door.”

She described “an urgent need” to combat issues such as pedestrian congestion and safety, poor air quality and noise.

“The serious congestion of Oxford Circus, of people and of traffic, is unsustainable and demands action,” Robathan said.