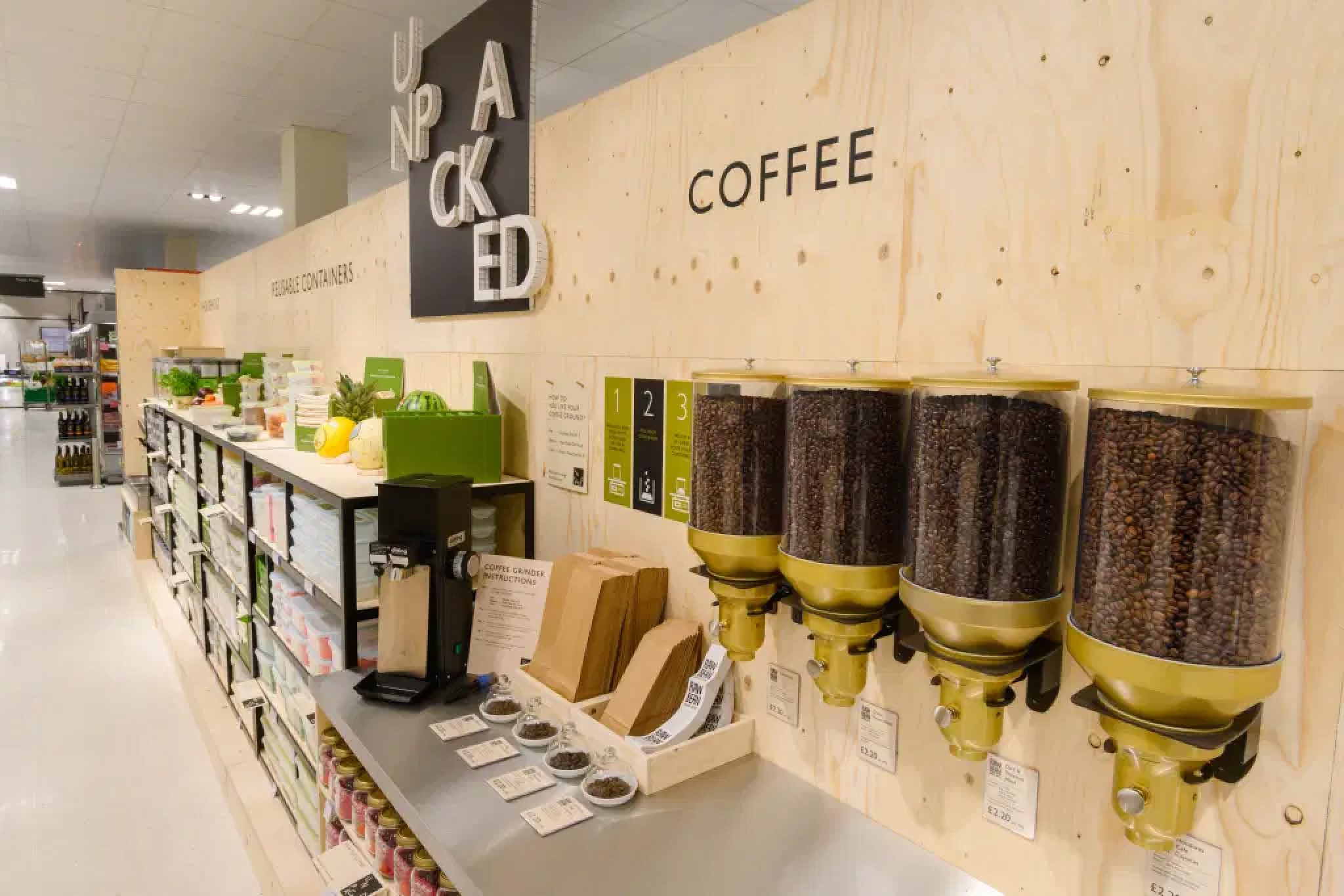 Unpacked and in the aisles: Waitrose repositions refillable range

UK grocer Waitrose is testing its ‘Unpacked’ refillable concept in a new way, placing packaging-free items in regular aisles rather than at a dedicated in-store fixture.

The supermarket chain’s Wallingford, Oxfordshire store is the first to run the trial, placing unpackaged items designed to be refilled into existing containers – including frozen fruit, pasta, cereals, coffee, and washing detergent – across the shop.

Until now, Waitrose has placed these refillable products in a dedicated space in the store, but the retailer wants to see if consumers still use this service as part of a “business as usual” shopping trip.

“This next phase will help us to understand if we can make refillables a routine part of customers’ shopping trips that would allow us to roll out Unpacked further in the future.”

Waitrose added 13 new unpacked options in December, bringing the number of refillable lines to 51 in the four stores taking part in this trial. The shops involved in the scheme are located in Abingdon, Cheltenham, Oxford Botley Road, and Wallingford.

When Unpacked launched in Oxford in the summer of 2019, it was originally intended to be an 11-week test, but following its success it has expanded to the aforementioned locations.

A report published by Waitrose today shows customers were overwhelmingly supportive of the unpacked initiative, and during the initial 11 weeks 98% of single-use packaging was eliminated across Unpacked products and all plastic packaging was reduced by 83%.

A survey as part of the report found 80% of customers would shop Unpacked again and that, as the test went on, an increasing number of customers remembered to bring their own containers.

The Unpacked initiative was a contributing factor in Waitrose ranking first in Greenpeace and the Environmental Investigation Agency’s annual league table, which was published today and monitors how supermarkets are reducing use of single-use plastics.

Greenpeace said the coronavirus pandemic had slowed down UK supermarkets’ plastic reduction, but acknowledged there is still demand from customers and a willingness among retailers to cut down on plastic usage.