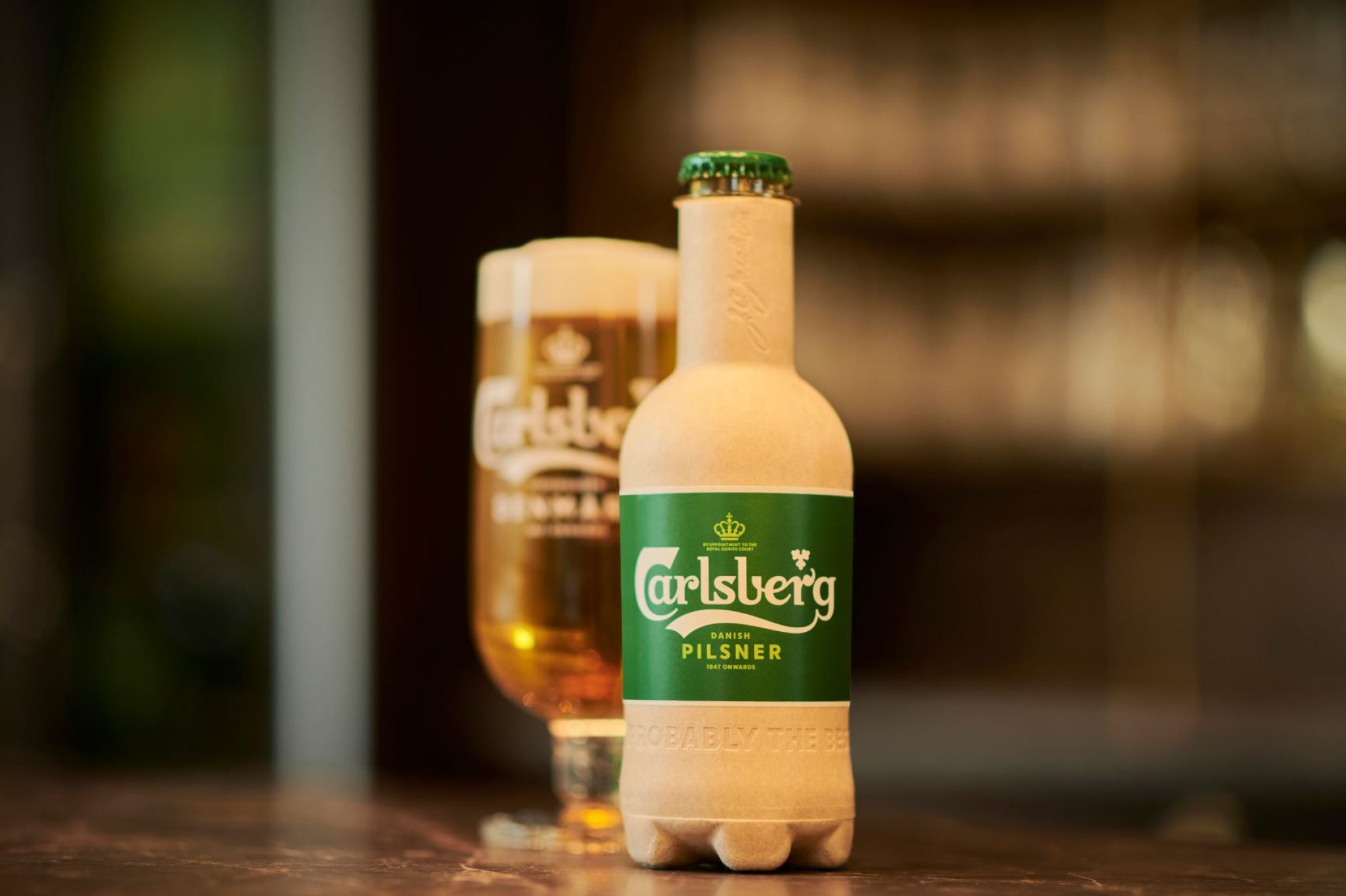 Drinks company Carlsberg Group has extended the trial of its new fibre bottle, and will be putting the bio-based and fully recyclable beer packaging into the hands of consumers for the first time this year.

The bottle also contains beer brewed with organic and regenerative barley, and is part of the group’s efforts to be a greener business.

Carlsberg said the pilot – which will involve bottles being put in the hands of consumers and other stakeholders through festivals and flagship events, as well as via targeted product samplings – is key to making the product a commercial reality.

Some 8,000 fibre bottles will be sampled in eight western European markets: Denmark, Sweden, Norway, Finland, Poland, Germany, France, and the UK. Carlsberg said these tests will give it the opportunity to gather feedback on people’s experiences of the product, which will inform the next generation of design.

Simon Boas Hoffmeyer, group sustainability director at Carlsberg, remarked: “The progress made with our new fibre bottle is testament to Carlsberg’s pioneering spirit, with a focus on making better products in every sense of the word.

“We’ve been working hard on this project since 2015, and aim to continue to set the industry standard by further improving the bottle’s environmental footprint and product performance. Collaboration is key and, together with our partners, we’re excited to see how research and development into sustainable packaging solutions is now becoming the norm.”

What Carlsberg says about the new beer bottle:

Stephane Munch, vice president, group development at Carlsberg, said: “Identifying and producing PEF, as a competent functional barrier for beer, has been one of our greatest challenges – so getting good test results, collaborating with suppliers and seeing the bottles being filled on the line is a great achievement.”

The plan is when the fibre bottle is commercialised at scale, it will expand Carlsberg consumers’ choice, rather than replacing existing packaging such as glass bottles and cans.